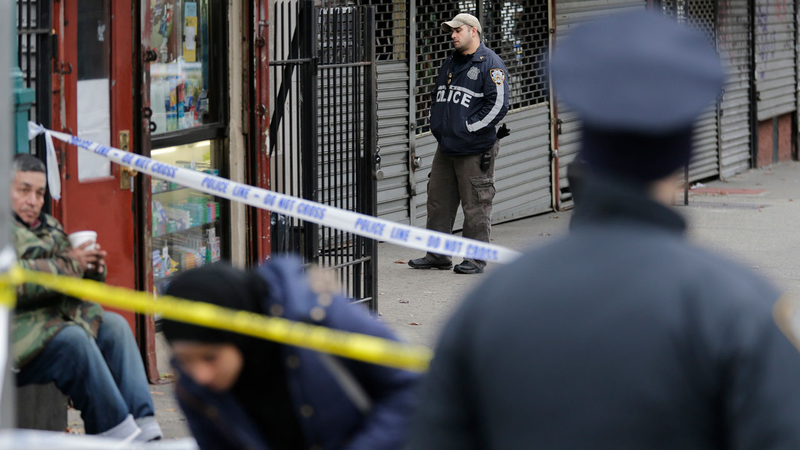 NEW YORK CITY (WABC) -- Mayor Bill de Blasio on Tuesday announced he had hired a new executive director of the Office for the Prevention of Hate Crimes, officially launching the new city organization months ahead of the official deadline.

Deborah Lauter, who spent the past 18 years at the Anti-Defamation League, was formally introduced as the first executive director of the newly established office.

"What motivates someone to take their hate and act out on it?" she said. "In this country, you have a right to be a bigot, right? It's protected. What we're seeing now is people being emboldened to act out on that kind of bigotry."

Some City Council members have been critical about the amount of time it has taken for the de Blasio administration to open the office amid the recent uptick in hate crime investigations.

During a news conference last week with the family of an Orthodox man who was hit with a rock in Crown Heights, Councilman Chaim Deutsch asked why the office had not yet opened, but a spokesperson claims the office actually opened last Monday.

"Far from having to scramble, the office opened last Monday (months early) and has been busy at work," the spokesperson wrote in a statement. "We delayed publicly announcing in an effort to accommodate the council and a possible joint announcement."

Surprisingly, Lauter has never met with the mayor. But on Tuesday, she met Councilman Deutsch, who helped create the new hate crime office.

"That's also kind of disturbing that the mayor has not met with her yet and does that kind of beg the question is the mayor serious about this office or not?" he said. "The mayor has always been really passionate about when it came to hate crimes in general, I just think he's a little pre-occupied...We all know why."

The mayor is of course running for president, but he swears he is focused on the city's hate crime problem.

Lauter said she's only been on the job about a week, and she's hiring another five or six staffers -- and she will meet with the mayor eventually. Her main focus right now is on education and working with police on a growing and disturbing trend.

The Office for the Prevention of Hate Crimes will be tasked with coordinating city agencies' responses to hate crimes and developing community-based strategies to prevent them in the first place.