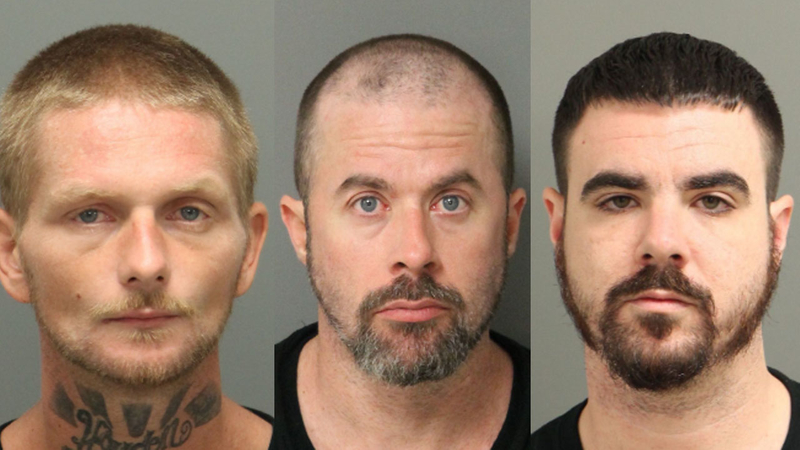 CARY, North Carolina -- Four escaped inmates from Ohio who reportedly used a shank to overpower two jail guards were caught in North Carolina on Monday morning after an hours-long search.

Cary officials said the three men were arrested at a Red Roof Inn just before 2 a.m. after Ohio authorities alerted the Cary Police Department that the inmates would be in the area.

The fourth suspect, Lawrence Lee III, was captured later on in the day in Durham.

"I would like to thank the hard working law enforcement professionals who have tirelessly dedicated themselves to providing an end to the search for these escapees," Gallia County Sheriff Matt Champlin said in a statement. "Additionally, I want to thank everyone who has shown support for my office and our law enforcement across this great nation. Everyday, our jobs become tougher and more dangerous. My staff and I appreciate your continued prayers and support as we continue to work hard for you every day."

Ohio officials said the four men were previously behind bars at a county jail in Gallipolis, Ohio. On Sunday, authorities say they overpowered two female corrections officers using a shank and escaped by stealing the keys to a police vehicle. A shank is commonly referred to as a makeshift knife.

They reportedly drove that police vehicle a few blocks before ditching it in favor of a car that was waiting for them.

Champlin said someone on the outside left that car for the inmates to use to make their getaway.

Three escaped inmates from Ohio talked to a Wake County Magistrate early Monday morning after being arrested in Cary.