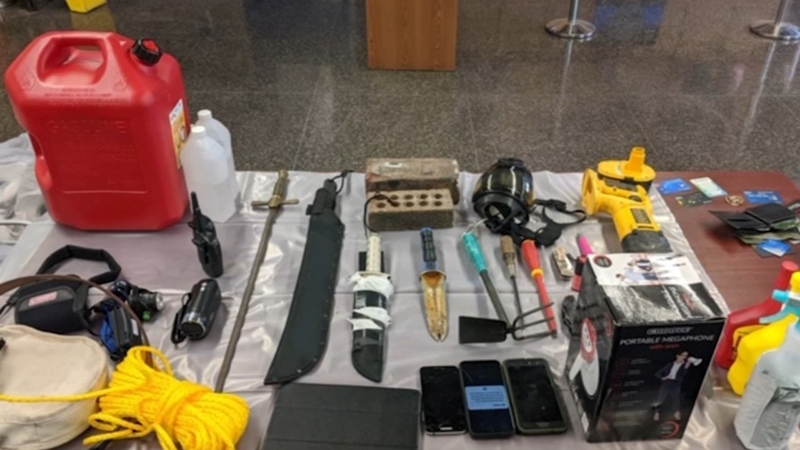 2 men from Ohio busted with weapons during NYC protests

It was protesters marching in the streets who called police.

The driver of a car with Ohio license plates was spotted with a machete just blocks from a demonstration.

"They said, 'this is not right, something's wrong with this picture'," 84th Precinct Executive Officer Capt. Melody Robinson said.

Robinson says officers quickly tracked down the car and approached the driver and his passenger, who surrendered without incident.

But a search of the car left them stunned. A cache of weapons and tools to carry out an attack were found.

"Different types of knives and weapons," Robinson said. "Point-to-point radios, gas masks. All types of different things that you won't bring to a peaceful protest."

Investigators are trying to determine whether the two men took part in any of this week's demonstrations, or whether they played a role in orchestrating the violence that gripped this city for five straight nights.

Tonight, authorities are praising the demonstrators who came forward, in an act that is not unlike many we have seen in recent days. Protesters protecting lives, property and the cause, itself.