Man in boxers rams truck into Southwest plane in Omaha 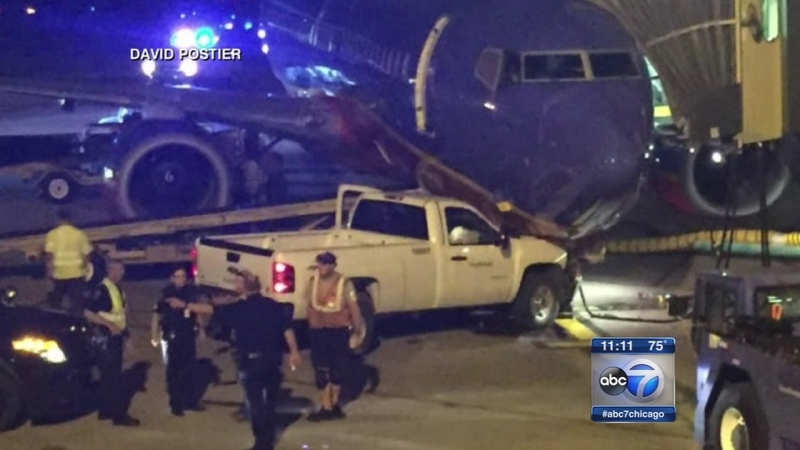 OMAHA, NE -- A man was taken into custody after he allegedly stripped down to his boxers and drove a truck into a Southwest Airlines plane at Eppley International Airport in Omaha, Neb.

Shortly before 9:30 p.m. Thursday, police said the man was in front of the airport, screaming that people were trying to kill him. When he bolted for a parking garage, officers chased him. He hopped over a fence, started running on a taxiway, took off his clothes and jumped inside a truck that had been left running, police said.

The man is accused of slamming the vehicle into the nose gear of a plane that was boarding for a flight to Denver. Several crew members reported minor injuries, but none of the 18 travelers on board the plane were hurt.

The man was still screaming as he was apprehended.