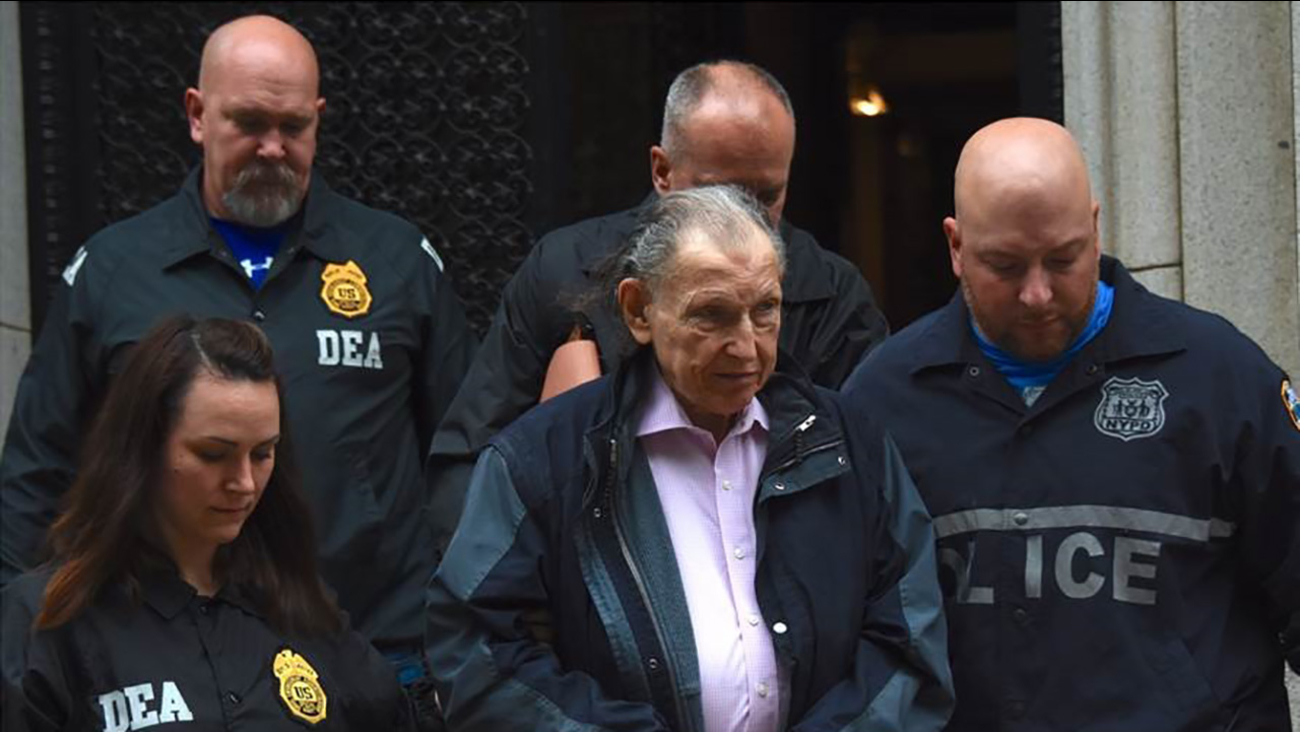 Dr. Martin Tesher after being arrested on June 5, 2017

NEW YORK (WABC) -- A Manhattan doctor who was previously arrested for allegedly writing oxycodone prescriptions for addicts is now charged with unlawfully prescribing oxy and fentanyl to a patient without legitimate medical purpose, which resulted in his overdose death on Staten Island.

Authorities say Dr. Martin Tesher gave the drugs to Nicholas Benedetto, who died of an overdose on March 5, 2016.

"As alleged, instead of providing his opioid-addicted patients with medically appropriate and lawful care, Dr. Tesher quite literally fed their addiction, and, in this case, his actions resulted in the death of a patient," acting U.S. Attorney Bridget Rohde said. "This office and our law enforcement partners are committed to holding accountable those medical professionals who foster the opioid crisis for personal gain."

As alleged in court filings, Dr. Tesher operates a family medical practice in Manhattan and was authorized by the DEA to treat up to 30 drug-addicted patients by prescribing them Schedule III, IV or V narcotics to ease their addiction. Dr. Tesher has treated countless patients who identified as or whom he determined to be drug addicts.

But investigators say that Instead of diverting those addicted patients to drug rehabilitation or prescribing them the proper drugs as authorized by law, Dr. Tesher prescribed his addicted patients with the very drugs they were addicted to -- Schedule II opioids such as oxycodone and fentanyl.

While under Dr. Tesher's care, many of his patients tested positive for drugs such as cocaine, heroin, morphine or methadone. Even upon learning that information, it is alleged that Dr. Tesher continued to prescribe those patients with Schedule II narcotics that could have been lethal on their own or in combination with the other drugs Dr. Tesher knew his patients were ingesting.

According to court documents, Benedetto was one of Dr. Tesher's patients. While under Tesher's care, Benedetto drug tested positive for cocaine, heroin, morphine and methadone, in addition to the oxycodone and fentanyl Dr. Tesher was prescribing to him. Dr. Tesher allegedly continued to prescribe Schedule II narcotics to Benedetto despite several indicators that his patient was addictively abusing those narcotics.

Benedetto died of a drug overdose on March 5, 2016, two days after he had been prescribed both oxycodone and fentanyl patches by Dr. Tesher.