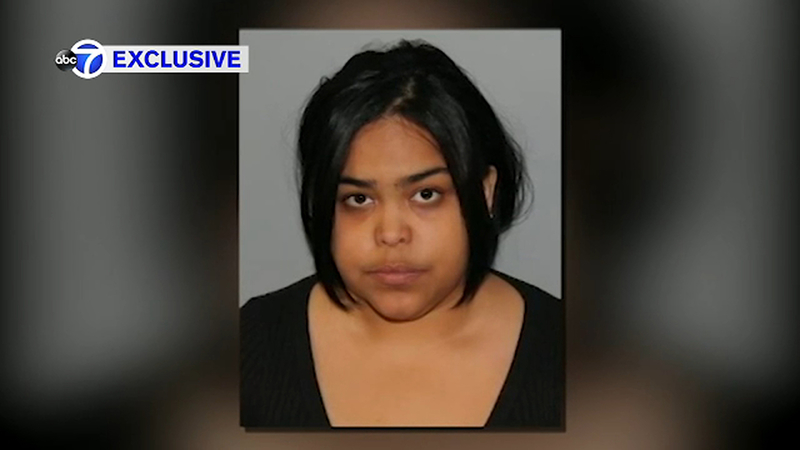 In an Eyewitness News exclusive, police say a woman who was supposed to be helping a man ended up stealing from him. And a video that she posted online made it easier for authorities to make an arrest.

"She really took advantage of me, no compassion at all," said the victim, John Lewris.

Lewris was still shaking his head Tuesday night. Mariela Del Rosario, the home health aide who answered his ad on Craigslist, was charged with stealing jewelry literally behind his back.

John is disabled and was home alone, interviewing the woman, when she asked to use the bathroom.

"I couldn't follow her, I couldn't see where she went," said John.

Apparently she went directly to the bedrooms, stealing his daughter's jewelry and then his wife's jewelry. She is seen in a photo leaving the master bedroom with her hand in her back pocket.

When she abruptly asked to leave, John knew something was wrong. That's when they discovered the theft and Ms Del Rosario was later arrested.

"It really, really hits home, how disgusting, how dare you come into my home, ransack my stuff, leave my husband," said John's wife Michele Lewris. "You know that he can't get up, know that he's stuck in his chair and you just ransack the house and run out."

When they looked up her Facebook page, there she was, their would-be home health aide, who had posted a video dancing with their daughter's necklace.

"I just burst into tears, I mean how disgusting, how brazen are you," said Michele.

Police say she stole from two other families last year. She's free on bail but no one answered her door Tuesday night.

"If I could I would get up, go to where she's dancing and take it from her myself but I can't," said John.