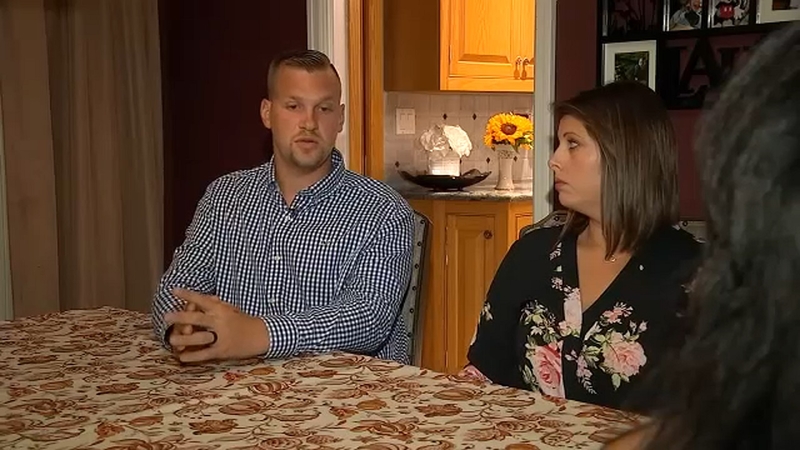 PEARL RIVER, New York (WABC) -- A couple who witnessed a deadly car crash in Pearl River play out right before their very eyes, sprang into action and saved the life of the driver are speaking out, saying they are devastated they couldn't do more.

"She was yelling, 'Please help me. Please get me out of the car. Someone get me out,'" Kevin Zink said.

Zink and his family were driving home from a day of apple picking when they saw the SUV go airborne and fly right off Route 304 in Pearl River. The Porsche then fell 50 feet onto the railroad tracks below and burst into flames.

"By the time I pulled over, my husband was already out of the car and across the highway," Renee Zink said.

Kevin said he jumped over the guardrail, ran down to the car and checked for survivors. That is when he heard the driver sobbing for help.

"I told her to duck, I'm breaking the window," he said. "Found a round rock, broke the window, and she was out."

Thanks to Kevin, who says he was first on the scene, the young driver, 17-year-old Aisha Radoncic, survived.

"He is in my mind no doubt a hero," Renee said.

However, gnawing at the hero's heart is knowing there were two more teenagers in the back seat. Kevin heard crying as he carried away the driver, but he could not save any more lives before the flames took over -- and that haunts him.

"No matter what, you gave the parents back one of their kids," Renee said.

The other two who died were the driver's younger cousin, 15-year-old Saniha Cekic, and 17-year-old Altin Nezaj, a popular student-athlete from Pearl River High School.

"I feel terrible finding out they were young," Kevin said.

Kevin says other good Samaritans came running to the scene with fire extinguishers and brave hearts, but it was not enough to save the other passengers.

His only consolation now is knowing one survivor was given a second chance.