Man struck, killed by FDNY ambulance in the Bronx 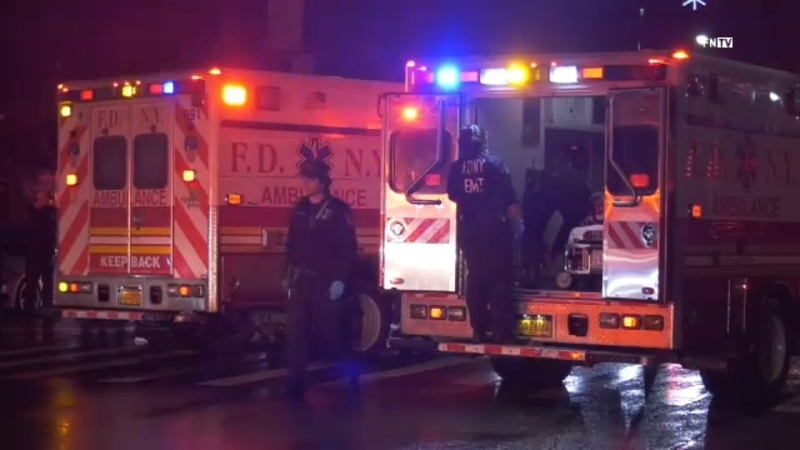 Man struck, killed by FDNY ambulance in the Bronx

NORWOOD, Bronx (WABC) -- An investigation is underway after a pedestrian was struck and killed by an FDNY ambulance in the Bronx early Sunday morning.

The incident happened at the intersection of Dekalb Avenue and E. Gun Hill Road just before 1:30 a.m.

Police say the 56-year-old victim was struck by the ambulance as it made a left turn onto E. Gun Hill Road at the same time he was attempting to cross the street.

He fell to the pavement and was taken to the hospital where he was pronounced dead.

The driver and vehicle remained at the scene. At this time, no criminality is suspected.

A woman was found stabbed to death near a diner in Queens on New Year's Day, marking the first known murder of 2022.