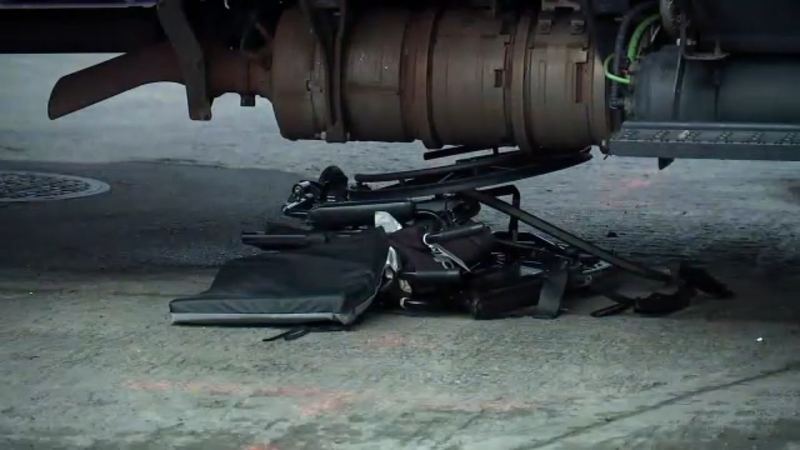 FAR ROCKAWAY, Queens -- Police are investigating after a man in a wheelchair was hit by a truck Saturday morning.

Officers responded to a call about a pedestrian being struck by a box truck around 9:15 a.m. in the Far Rockaways neighborhood of Queens.

When they arrived they found a 73-year-old man had been hit while trying to cross midblock on a wheelchair on Central Avenue, according to police.

The man was pronounced dead at the scene.

The driver stayed at the scene and was taken into police custody.

Police say charges are possible for a suspended license.