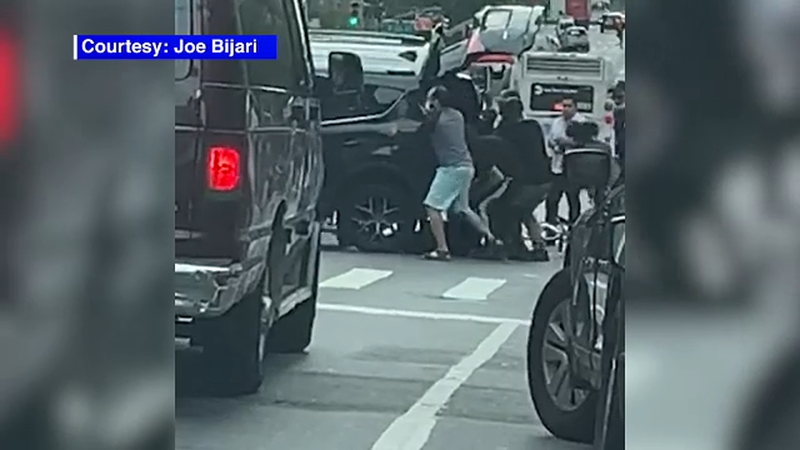 MIDTOWN, Manhattan -- A woman was rescued by good Samaritans after being struck and pinned by a car in Manhattan Wednesday.

The incident happened on 2nd Avenue and East 50th Street in Midtown.

Authorities say the group rushed to the aid of the pedestrian, banding together to lift the vehicle off of the trapped woman.

Witnesses say although she was in really bad shape, had a lot of blood on her, and mostly unconscious, the 57-year-old victim was able to squeeze a finger on one of the rescuers.

"A large group of people scrambling with jacks to try and lift the car and provide assistance," good Samaritan Jesse Hershkowitz said. "About six or seven of us just ran out into the middle of the street, and we actually physically lifted the car and moved it off of her, without moving her obviously. She was moving her feet and her ankles."

We're told the woman is recovering.

The livery cab driver who struck her remained at the scene.

He was questioned by police, but it's unclear whether the vehicle or the pedestrian had the right of way.