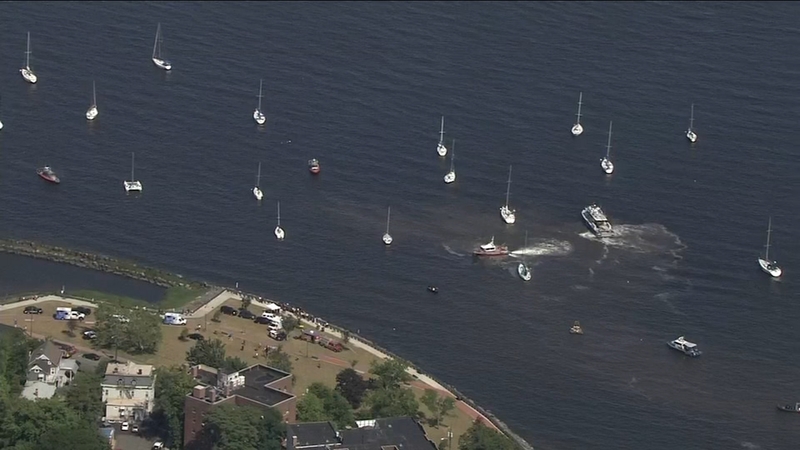 PERTH AMBOY, New Jersey (WABC) -- A 17-year-old who was rescued from the waters off Perth Amboy Thursday afternoon has died according to family members.

The NYPD responded to a call for assistance from Perth Amboy, which reported people in the water around 2:40 p.m in the area of Water Street near the Yacht Club.

As reported to police, a 30-year-old and a 17-year-old were swimming.

The 30-year-old attempted to assist the 17-year-old and failed.

Firefighters immediately entered the water to search the area but could not locate the victim.

Perth Amboy fire and police divers then entered the water to search.

Officials say the boy was recovered by divers just after 5 p.m. and transferred to shore where CPR was performed.

Perth Amboy Police: a 17-year-old transported to the hospital in cardiac arrest after missing in the water for more than two hours @ABC7NY @ABC7NYNewsDesk pic.twitter.com/1AC3j5L1Bf

Police say the boy was taken to Hackensack Medical Center.

Sister of the 17-year-old, Maria Vazquez, says her brother Johnny told her he was going to hang out with friends.

The family of the victim issued a statement Thursday evening:

"Johnny was a special boy. He was a young man with a heart of gold. He was also autistic and suffered from epilepsy. He is very much loved by all his family especially his mother and father, siblings, grandparents aunts, uncles, cousins."

RELATED | AG report on police interactions with protesters: NYPD vulnerable to mistrust, in need of reform

NYPD Harbor, Aviation, New Jersey State Police and the Coast Guard were all involved in the operation.