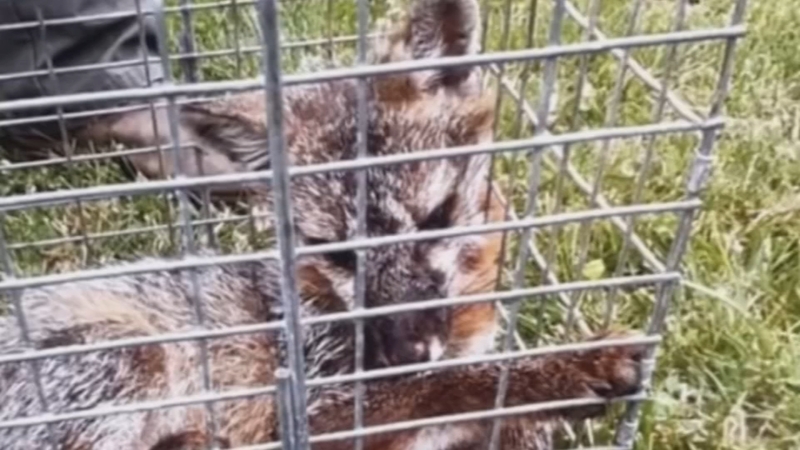 JACKSON TOWNSHIP, New Jersey (WABC) -- A teen is being hailed a hero for his actions following an encounter with a wild fox.

Officials said the fox attacked three people, including at least one 4-year-old girl, over the weekend.

"I feel bad for the little girl, obviously, and the fox was probably scared too, you know?" said Nikolette Rizzo.

Wildlife experts say healthy foxes are very rarely aggressive toward humans so this occurrence is rare.

Foxes have been known to carry rabies, so Matthew Nielsen's actions to protect his sister against the fox were nothing short of heroic.

The fox attacked the girl, latching itself onto her leg.

"I grabbed it, punched it off of her, and slammed it, I don't remember that honestly," Nielsen said.

For the child's mom, it was a nightmare combined with a moment of pride.

"I was scared in the moment for sure, and I am unbelievably proud of my son, he acted quicker than I could even get out of the house," said Talia Nielsen.

The fox was eventually trapped in a clothes hamper before officials came to collect it.

The little girl is doing OK. Rabies shots were administered as a precaution.

Given the rare nature of these attacks, it has stunned residents who come into contact with wildlife more often than not.

"We hear of coyotes, foxes all the time but actually being attacked? I haven't really heard many stories so that's really unfortunate to hear," said Laura Garbowski.

Rabies tests are pending on the fox.

Police say if you see a fox or any wildlife acting out of the norm, call them immediately.