Veteran reunited with puppy he befriended in Iraq 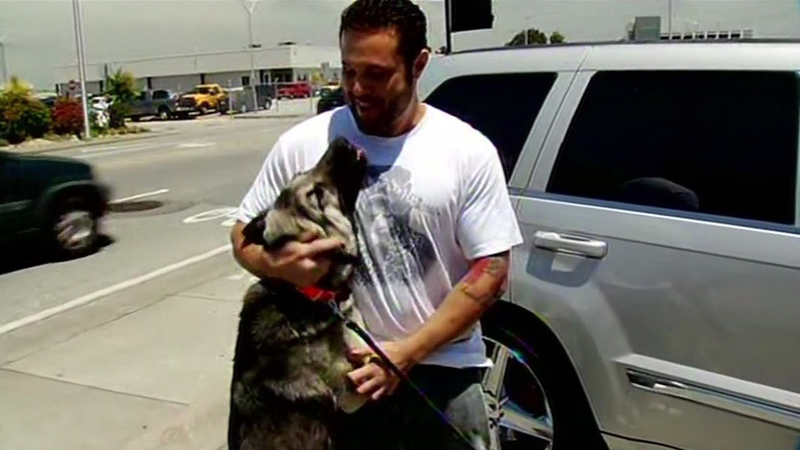 Local veteran reunited with puppy he befriended in Iraq

SAN MATEO, Calif. -- A veteran from California who volunteered to fight in Iraq asked for one thing upon his return home -- to bring the dog he befriended back with him. And now, they are reunited.

It wasn't long before the puppy remembered Ken Wyrsch. The last time they saw each other was in Iraq.

Within minutes after the reunion, it was just like old times. "He's a friend and we don't leave friends behind," Wyrsch said.

Wyrsch and Oliver met at a military base near Kirkuk.

The non-profit flew Oliver from Iraq to SFO and to his new life with Wyrsch. "He's going to be with me for the rest of my life," he said.

Dog from #Iraq arrives to his new #American home. Part of @SPCAINT effort to reunite soldiers with dogs in war zones

#Special delivery! A dog from Iraq found his new home in the #BayArea The man & dog bonded during a military mission pic.twitter.com/LOkGNpjmdH

A man and his dog pic.twitter.com/4UebFuViWa