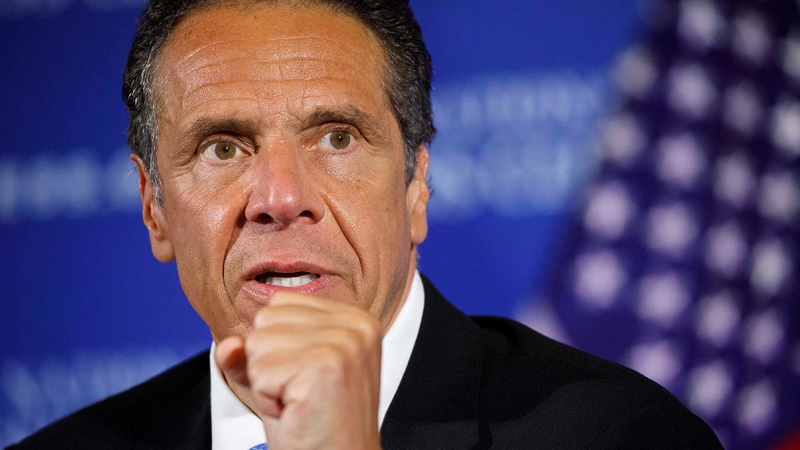 NEW YORK (WABC) -- New York will boost spending by billions over the next year in a bid to revitalize the state's hard-hit economy under a budget deal announced Tuesday by lawmakers and Gov. Andrew Cuomo.

Cuomo has long prided himself on getting the budget passed on time and trying to keep spending increases minimal. Lawmakers passed a budget on time last spring amid the pandemic, when the Assembly and Senate didn't offer their own spending proposals.

But this year's budget delay means thousands of state workers are now facing the prospect of having to wait at least a day longer to receive paychecks: at least 39,000 state employees are expecting a paycheck Thursday.

Lawmakers hoped to pass the budget by Tuesday midnight. But New York's Senate and Assembly planned to pass legislation Tuesday evening to extend the budget by two days in case either chamber missed that deadline.

"New York was ambushed early and hit hardest by COVID, devastating our economy and requiring urgent and unprecedented emergency spending to manage the pandemic," Cuomo said. "Thanks to the state's strong fiscal management and relentless pursuit to secure the federal support that the pandemic demanded, we not only balanced our budget, we are also making historic investments to reimagine, rebuild and renew New York in the aftermath of the worst health and economic crisis in a century."

The Legislature and governor have released few specifics to the public about some of the most contentious parts of the budget: from an expected tax hike on millionaires, to the specifics of an agreement to legalize mobile sports betting, to eligibility requirements for a $2.1 billion fund for undocumented immigrants and other workers who have been excluded from COVID-19 assistance.

Lawmakers typically have to wait three days to pass legislation once it's introduced. But the governor can give lawmakers special permission to vote on the bill earlier.

"This budget continues funding for the largest-in-the-nation $311 billion infrastructure plan, establishes a groundbreaking program to provide affordable internet for low-income families and enhances public safety through police reforms, all while continuing to provide relief to New Yorkers and small businesses as we recover from the pandemic," Cuomo said. "I thank the legislative leaders -- Senate Majority Leader Stewart-Cousins and Assembly Speaker Heastie -- for their partnership in helping make this critical budget a reality and delivering results for the people of this state."

Additionally, the budget closes the deficit and invests in the ongoing response to the pandemic and recovery efforts.

"New York State approached this year's budget with many challenges and the ongoing COVID-19 pandemic." Stewart-Cousins said. "However, driven by a commitment to long-term equity and prosperity for all, we have accomplished a great deal. I am proud of the strides we have made in funding our schools, helping businesses rebuild, and protecting New York's most vulnerable. Working and middle-class taxpayers will receive the relief they desperately need, while the wealthiest New Yorkers will help their neighbors."

"Budgets are a statement of values, and in my two decades of service to the people of New York, I can't think of a more far-reaching and impactful budget than this," Heastie said. "It meets longstanding goals of our Assembly Majority and addresses the historic inequities that have existed for too long. My colleagues and I have worked tirelessly to deliver a budget that will help New York rise from this health crisis and recover from its devastating economic impacts while upholding our commitment to putting New York families first."

Employment in New York declined by nearly 2 million jobs from February to April 2020, according to DiNapoli. Less than half of the jobs lost during that time have been recovered, according to new state Department of Labor data, and employment is still more than 1 million jobs below its pre-pandemic levels.

The industry has recovered nearly 260,000 jobs since May 2020 - fewer than half of jobs that were lost overall.

"Even as overall job growth has resumed in New York, some industries -- educational services, government, and financial activities -- have continued to lose jobs," DiNapoli said.