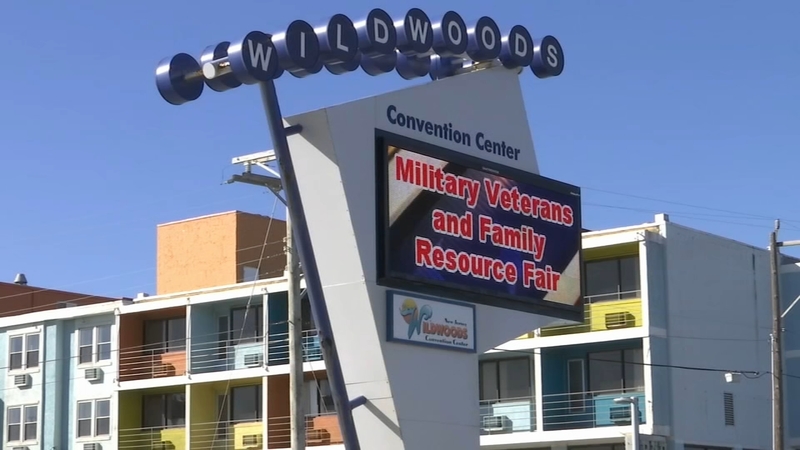 WILDWOOD, New Jersey (WABC) -- Officials in Wildwood, New Jersey, are getting ready for thousands to make a winter visit to the Jersey Shore for President Donald Trump's rally.

"I know a lot of people are talking about it, really looking forward to it," said Russ Simmons, who lives and works in Wildwood. "It's historical."

President Trump will speak at a rally at the Wildwood Convention Center on January 28 starting at 7 p.m., but the doors will open at 3 p.m.

"I think there's been enough exposure about this at this point that people are going to know that there's a good chance you're not going to physically get in," Wildwood Mayor Pete Byron said.

Byron says the Wildwood Convention Center can hold about 7,500 people, but tens of thousands are expected to show up.

Local officials and police are meeting with the Secret Service Wednesday, and Byron says they hope to iron out more logistical details.

"We're going to find out more details as to where people can park, where they're able to walk, things of that nature," he said.

New Jersey Congressman Jeff Van Drew is expected to speak at the rally. He switched to the Republican Party last month and voted against Trump's impeachment.

Van Drew said there have been roughly 100,000 requests for tickets, but Wildwood officials have not confirmed that number.

Still, some businesses plan to take advantage of the crowds.

"We are really excited for Donald Trump coming to our town," said Jagruti Patel, manager of the Sunshine Motel, which sits about two blocks from the Wildwood Convention Center.

She says they're opening up just for the event, and customers are already booking rooms, some from Connecticut and New York.

"It's going to be crazy," her sister Heena Pattel said. "People are asking for two nights to stay here."