WABC
By Eyewitness News
MIDTOWN, Manhattan (WABC) -- Security is going to be tighter than normal around Trump Tower in Manhattan for President Trump's visit Monday, resulting in some street closures.

The NYPD will establish vehicle security checkpoints for random safety inspections on Fifth and Madison Avenues in the vicinity of Trump Tower. Some traffic delays can be expected in these areas.

Although Fifth Avenue will remain open to southbound traffic, certain restrictions will be in effect at times.

The following street will have managed access to vehicular traffic beginning at approximately midnight Sunday, August 13th and will remain managed access for the duration of the event:
- 56th Street from 6th Avenue to 5th Ave

Trucks southbound on Fifth Avenue will be subject to searches at about 60th Street, and may be diverted from traveling further south.

Traffic on 57th Street will not be restricted.

Vehicular traffic will continue to be restricted from traveling east on 56th Street, between Fifth Avenue and Madison Avenue. Pedestrian access will continue, subject to bag checks and screening.

The NYPD encourages the public to use mass transit during this event. Drivers should avoid the Midtown area, or expect significant delays and heavy congestion.

NYC MTA planned bus service advisories are available and may be viewed online.

Since taking office, the president has surprisingly returned to the city only once, on May 4, for a visit with Australian Prime Minister Malcolm Turnbull at the Intrepid Sea Air and Space Museum. He was in town for only a few hours.

Trump Tower poses a unique security challenge because portions of it are required, by law, to be open to the public from 8 a.m. to 10 p.m. as a result of a zoning deal Trump cut with the city when he built the skyscraper.

The tower continues to be the scene of frequent protest marches and demonstrations, though most in recent months have been smaller than the many huge demonstrations that followed the inauguration.

Police officials estimate the cost of securing the president while he's in town is roughly $300,000 per day, but that could easily change depending on whom he's with, how many people are in his entourage, where he's headed and how long he's planning to stay.

"The NYPD is the most expert police force on earth in terms of handling visits by an American president," Mayor Bill de Blasio said earlier this week. "They do an outstanding job. I think that we're going to be ready by any measure."

Trump's time in New York has "been a lot less than we expected," the Democratic mayor said. "To his credit, he kept the time here very limited and the disruption very limited. Hopefully, that will be the same this time."
The NYPD says traffic delays should be anticipated during various times in the area of East 57th Street and Fifth Avenue in Manhattan.

The NYPD will establish vehicle security checkpoints for random safety inspections on Fifth and Madison Avenues in the vicinity of Trump Tower. Some traffic delays can be expected in these areas.
Report a correction or typo
Related topics:
politicsnew york citymidtownmanhattandonald trumptrump towerpresident donald trumptraffic
Copyright © 2020 WABC-TV. All Rights Reserved.
TRUMP TOWER 'It's heartbreaking': 6 incidents of BLM murals vandalized in NYC 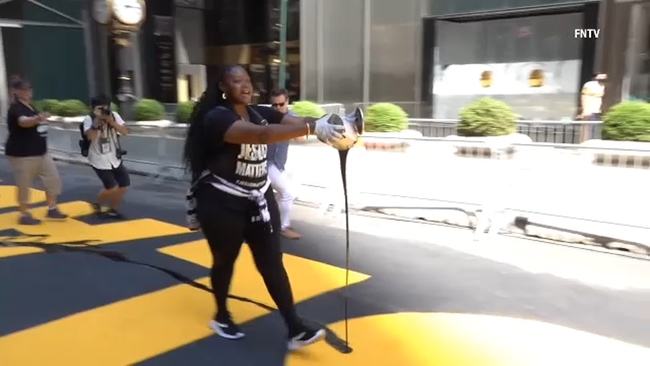 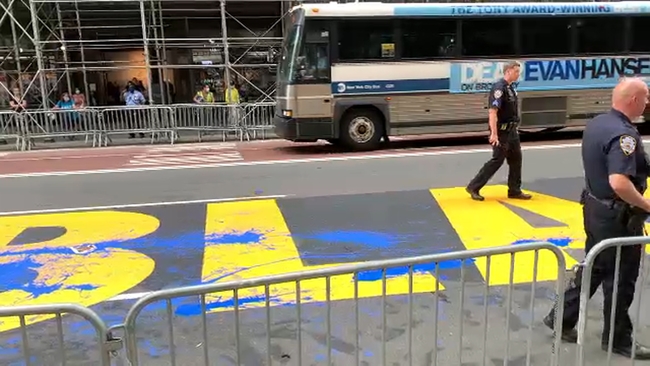