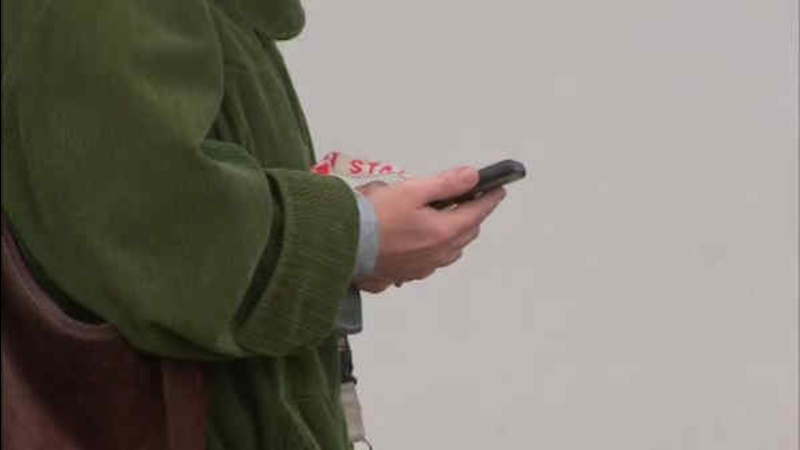 FORT LEE, New Jersey (WABC) -- Just about all of us have texted while walking, but should it be a criminal offense?

One lawmaker in New Jersey thinks so, and she's introduced legislation to make pedestrians join drivers in going hands free.

Walking with your head down, hands typing, is obviously poses a danger.

"I don't do that, not while working across the street, no," area resident Sevgi Tekin said.

It might seem like common sense, but most admit they're guilty of it, whether one-time or frequent offenders.

"(I do it) a lot, even head phones are bad," Hackensack resident Kanisha Stubbs said. "Headphones are bad because you're not paying attention to where you're really going. It's really dangerous."

And most people have at least one negative experience to associate with it.

Now a bill from a south Jersey lawmaker would make it a crime to cross the street while texting.

"An individual crossing the road distracted by their smartphone presents just as much danger to motorists as someone jaywalking and should be held, at a minimum, to the same penalty," Assemblywoman Pam Lampitt said in a statement.

The infraction would be punishable by a fine of $50 or 15 days in jail.

The bill states that while in a crosswalk, pedestrians must be totally hands free. So even if you're talking in the phone, your buds must be in and your phone in a pocket.

So while not everyone is a fan of the idea, crossing guard Ed Rose says texting while walking is a problem

"People don't even grab their phone and look at it until they step into the street," he said. "And it's dangerous."

"What I think it is is a fear of missing something," she said. "Thirty percent of individuals distracted during 'walk,' 40 percent during 'don't walk,' which means they're darting out into an intersection."

Police say the law would be enforced in the same way as jaywalking. It was introduced to the Assembly this week, and so far, it has no sponsors.