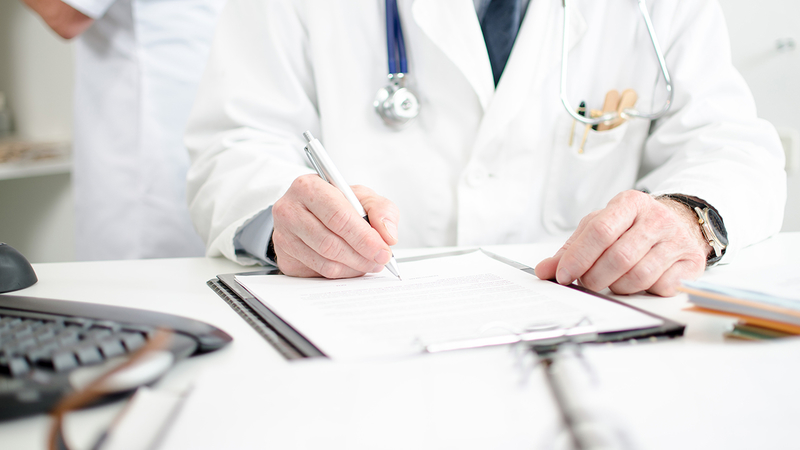 Judges Carmen Messano and Arnold Natali ruled Tuesday that a state Superior Court "abused its discretion" in blocking the law earlier this month.

"We conclude the court failed to consider adequately the interests of qualified terminally-ill patients, who the Legislature determined have clearly prescribed rights to end their lives consistent with the Act," the appeals court wrote in its opinion.

Rich Grohmann, an attorney for Dr. Yosef Glassman who brought the lawsuit, says they're appealing to the state Supreme Court.

Glassman, a medical doctor practicing in New Jersey and whose suit identified him as an Orthodox Jew, had argued the law could compel him to violate his religious and professional morals.

But the appeals court was unconvinced, saying Glassman didn't have standing to assert his claims on behalf of other doctors, patients or interested family members.

"We fail to discern how the administrative function of transferring those documents constitutes a matter of constitutional import, or an act contrary to a physician's professional obligations," the court wrote.

Grohmann declined to comment beyond saying his client was awaiting word on whether the state Supreme Court would take up the case.

Two doctors musts sign off on the request for life-ending drugs under the law. And the terminally ill patient must be deemed an adult resident of New Jersey who can make such a decision and voluntarily expresses a wish to die.

The law mandates patients request the medication twice and says they must have an opportunity to the decision back. At least one of the requests must be in writing and signed by two witnesses.

Under the law, patients must administer the drug to themselves. The patient's attending physician would be required to offer other treatment options, including palliative care.

In 1997, Oregon became the first state to provide an end-of-life option.

In addition to Maine and Oregon, California, Colorado, Hawaii, Vermont, Washington and the District of Columbia all have similar legislation.

Montana's Supreme Court determined in 2009 that state law did not prevent a physician from prescribing such a drug to the terminally ill.