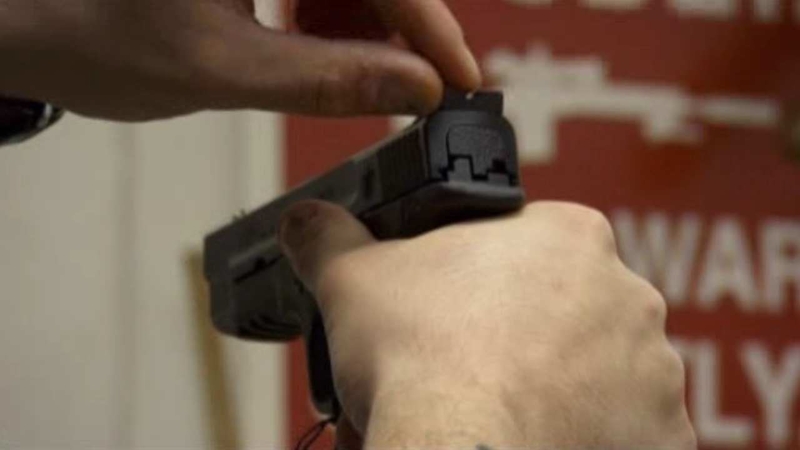 Prosecutors speak out against plan to ease gun laws

NEW YORK -- There was a show of force in Lower Manhattan Tuesday by law enforcement officers from all over the country, urging Congress to reject a controversial new proposal that would force states -- including New York -- to honor concealed gun permits issued in other states.

"Concealed carry reciprocity is an attack on local law enforcement, and an attack on local laws," Vance said. "The same laws that apply to rural areas should not apply to urban areas with millions of people and thousands of police. As we work to keep gun crime at a historic low in New York City, we will not tolerate subways packed with pistols or shootouts in Times Square."

The Concealed Carry Reciprocity Act (CCRA), federal legislation introduced in the House and Senate in early 2017, would require states to recognize the concealed carry permits of gun owners from all other states. The version of the bill pending in the House would also override state law prohibitions against carrying guns into bars and schools, and allow a person who has been denied a concealed carry permit in his home state to obtain one from another state and then carry back home.

"This legislation will make New York City less safe and our job as law enforcement significantly harder," NYPD Commissioner Jame O'Neill said. "We do not want our highly effective gun laws superseded, overturned or interfered with. We will fight any federal action that bring more guns into the streets of New York City."

The legislation would supersede New York's current gun laws, as state gun laws vary widely across the U.S. Some states issue permits to convicted felons, people wanted on warrants, and those subject to orders of protection. Twelve states do not require permits at all - meaning that residents of those states may carry weapons in New York without ever having a background check.