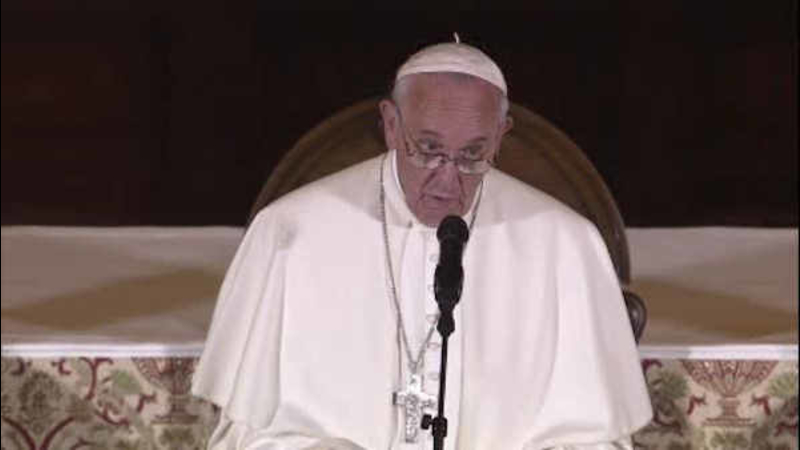 PHILADELPHIA -- Pope Francis met with victims of child sexual abuse Sunday on the final day of his U.S. visit and promised to hold accountable those responsible for the scandal in the church, delivering a powerful warning to American bishops accused of covering up for pedophile priests instead of reporting them to police.

In a gesture of reconciliation just hours before he was to return to Rome, the pontiff praised the victims as "true heralds of mercy" who deserve the church's gratitude for helping to bring the truth to light.

"God weeps, for the sexual abuse of children cannot be maintained in secret, and I commit to a careful oversight to ensure that youth are protected and that all responsible will be held accountable," Francis said in Spanish while in the City of Brotherly Love for a big festival on the Catholic family.

It was Francis' second such meeting: He received sexual abuse victims at the Vatican in July 2014.

But in an apparent effort by the church to reshape the discussion, the Vatican said not all five of the victims on Sunday were abused by members of the clergy; some of the three women and two men had been victimized by relatives or educators.

Read the full text of the pope's remarks to the bishops

Later Sunday, Francis visited a Philadelphia jail to give hope and encouragement to about 100 inmates, included suspected killers, rapists and mobsters.

In the afternoon, the pope was scheduled to celebrate a final Mass on U.S. soil on Philadelphia's grandest boulevard, the Benjamin Franklin Parkway, with organizers predicting a crowd of 1 million.

Pilgrims as far as the 👀 can see for the #PopeInPhiily. A friend took this pic from a roof @ 19th and Arch sts! pic.twitter.com/HlTZhT9yf6

It was expected to be the biggest event of his six-day U.S. trip, a journey that also took him to Washington and New York, where he drew by large and adoring crowds, met with President Barack Obama, visited ground zero, addressed Congress and the United Nations, and called for urgent global action on climate change and poverty. 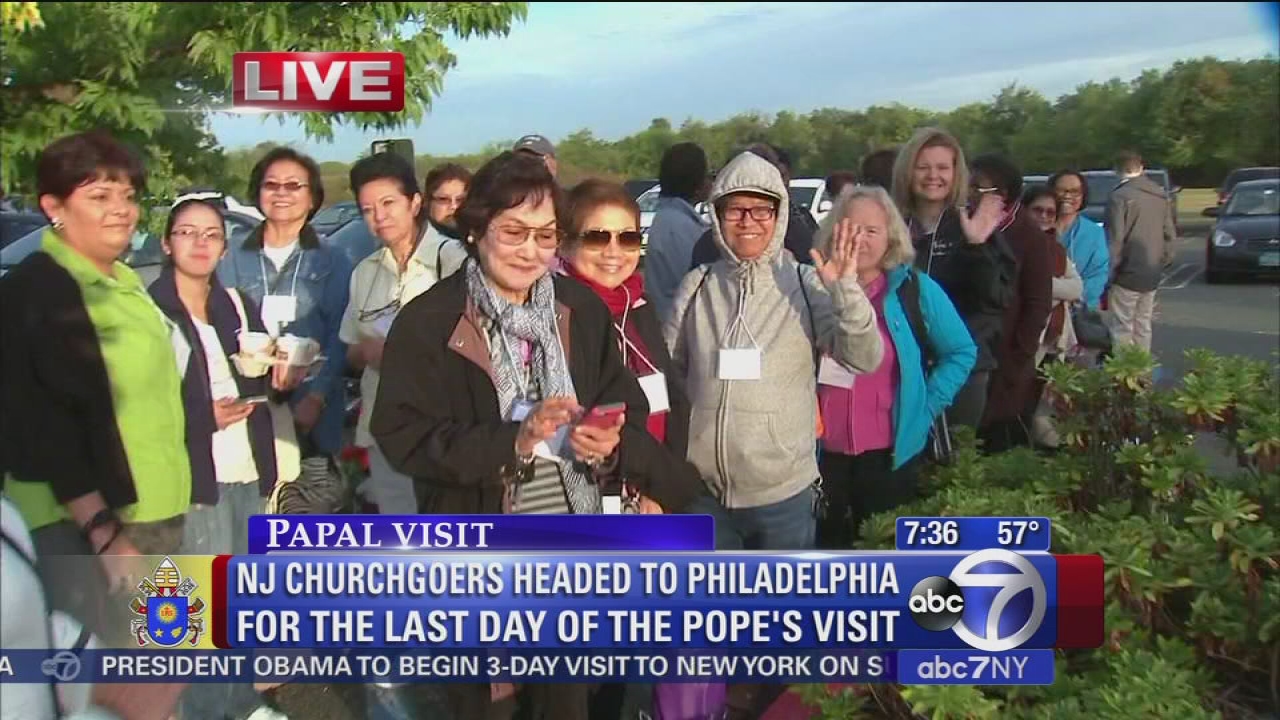 NJ churchgoers head to Philly for pope's Mass
Kristin Thorne reports from Piscataway, where church-goers boarded buses to see Pope Francis celebrate Mass in Philadelphia.
The Archdiocese of Philadelphia has been hit hard by the sexual abuse scandal and has been the subject of repeated grand jury investigations, including one that accused it keeping on assignment more than three dozen priests facing serious accusations. A monsignor was found guilty of endangering children by not removing pedophile priests, becoming the first American church official convicted of such an offense.

The pope has agreed to create a new Vatican tribunal to prosecute bishops who failed to protect their flock, and he has accepted the resignations of three U.S. bishops accused of mishandling cases. During the previous meeting with victims, he similarly vowed to hold bishops accountable.

At the same time, Francis and U.S. bishops have also argued that child molestation is a serious problem beyond the church, especially within families and in schools. The meeting with victims abused by people other than priests underscored that point.

Victim support groups were unimpressed by Sunday's meeting, which took place a day after the pope celebrated Mass with Cardinal Justin Rigali, who was the leader of the Philadelphia archdiocese when it was accused of sheltering pedophiles.

The main victims' support group, SNAP, dismissed the meeting as an exercise in public relations.

The Rev. Tom Doyle, a canon lawyer who worked at the Vatican embassy in Washington and is now an advocate for victims, said that including more than just victims of abusive clergy "seriously minimizes" the problem in the church.

"We don't think we're going to get any real support to change this from the leadership in the Vatican," Doyle said in a phone interview. "They're having this big meeting of families. But there's been no real room for all the families that the Catholic Church has destroyed through sexual abuse."

The Vatican spokesman, the Rev. Federico Lombardi, said the pope met with the victims for more than a half-hour at the St. Charles Borromeo seminary. He said the pope prayed with them, listened to their stories and expressed his closeness in their suffering and his "pain and shame" in the case of those abused by priests.

Also Sunday, during a meeting with American bishops in town for the family festival, Francis referred to gay marriage for the first time in his U.S. trip, lamenting the new reality in which Christians must live.

But he also urged the bishops to redirect their energies away from complaining about it, saying a church that only explains its doctrine is "dangerously unbalanced."

"I would even say that it is stuck in a vicious circle," he said.

During the pope's jail visit, he greeted the men one by one, along with their families, telling them to spend their time behind bars getting their lives back on track.

"May you make possible new opportunities, new journeys, new paths," he said, standing before a wooden chair the inmates had made for him for the occasion.

The blue-uniformed men and women, some of them heavily tattooed, seemed moved by the encounter. They clasped Francis' hands, and two gave him a hug. Some spoke to him in Spanish. They also presented him with a basket of jail-grown vegetables.