Manhattan neighborhoods preparing for the arrival of Pope Francis 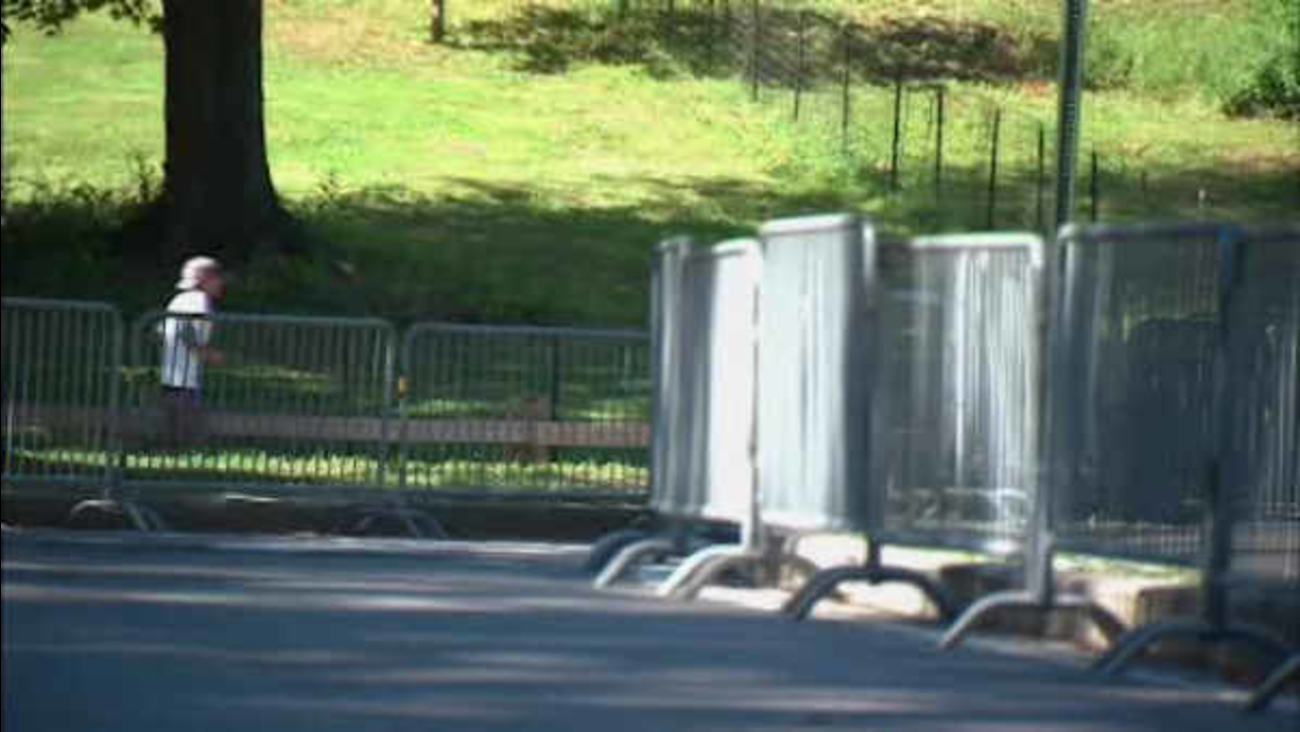 NEW YORK (WABC) -- Manhattan residents are bracing themselves for the arrival of Pope Francis Thursday.

Keep calm and carry on. It may be the new motto for the people who live and work in the shadow of Central Park, where good fences don't make happy neighbors. But it could always be worse.

"Let's be patient for a change. That's what's wrong with most New Yorkers," a resident of the neighborhood said.

The park and the neighborhood surrounding it now looks and feels like a demilitarized zone.

The West Drive of the park is already lined with interlocking barricades, where the pope will greet thousands of followers late Friday afternoon.

On the perimeter, an eight-foot metal fence will seal off the southern third of the park, which will be off-limits to anyone who does not have a ticket to see the pope.

The park closure will take effect at 5 a.m. Friday, along with bus routes that will be shifted for the street closures around the park.

"The buses will inconvenience us, but other than that, very little," said Upper East Side resident Ellie Shapiro.

Most neighbors we spoke with said the inconvience is simply not an issue.

"I think it's wonderful, I love it, it's right in my neighborhood. I'm going to find a place where I can wave to him" said Upper East Side resident Georgia Harbison.

But others, like dog walker Patti Van Dyke, say it's over the top.

"I don't think that anyone's gonna try to harm him and it's just a little excessive. And all of the street closures when he's not even here yet, it's a little much," she said.