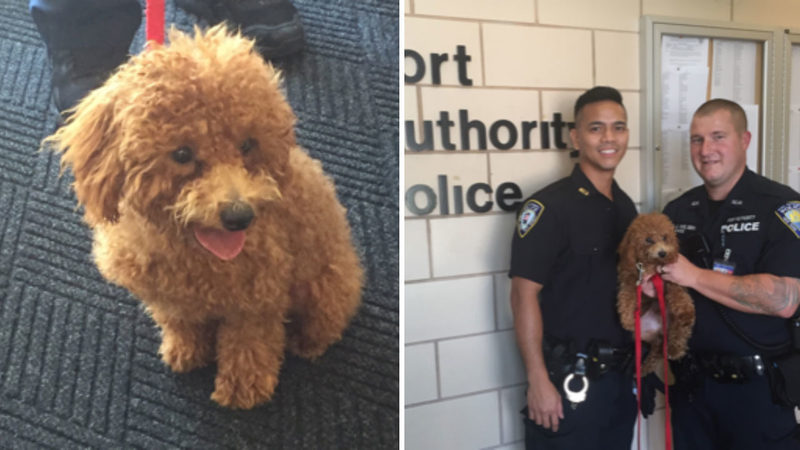 The officers were on patrol Tuesday afternoon on the second level of Terminal C when they spotted the dog named Baxter in the car.

The officers were able to open the door through the slightly open sunroof within 15 minutes.

Baxter's owner was paged several times in Terminal C but did not return to the car for almost an hour.

The owner was taken into custody and charged with cruelty to animals.

The Associated Humane Society of New Jersey took Baxter into their care after he was rescued from the car.