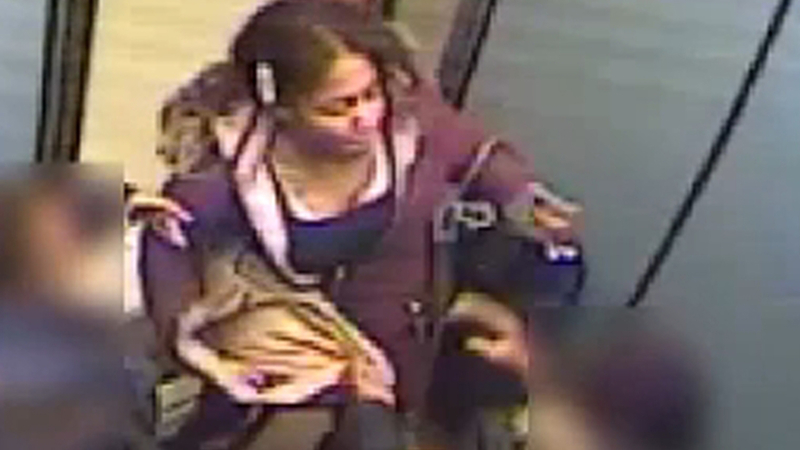 BRONX (WABC) -- Police are searching for the woman caught on video attacking and robbing a pregnant woman in the Bronx.

It happened Monday afternoon, as the 40-year-old victim was getting on an elevator inside the Liberty Towers apartment building near Mosholu Parkway and Paul Avenue in Bedford Park.

The victim, Thelma Asibey, is six months pregnant and still can't watch the video. She is too shaken.

Her request for space turned into a brawl, and Asibey said she couldn't get a word out but tried to put up a fight as the woman hit her with her phone and then bit her.

The woman then grabbed Asibey's bag with money inside she was going to use for Christmas gifts for her 9- and 3-year-old kids.

"I told them I need my stuff and they should leave her alone," Asibey said. "'God will judge her. If she can do this to me, only God knows why she's doing that."

Asibey was checked out by EMTs and is OK, but she has a bite mark on her finger from the suspect -- who police are looking to track down.

The woman is described as black, in her mid 20s to mid 30s, last seen wearing a red coat and dark pants.