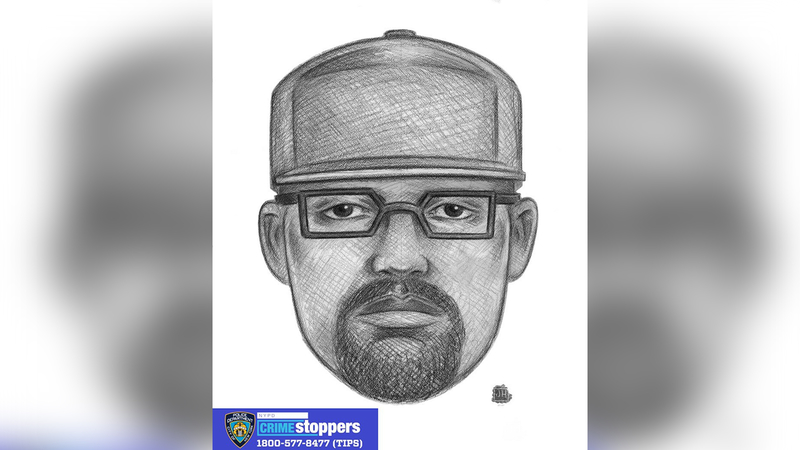 PROSPECT PARK, Brooklyn (WABC) -- Police are searching for a man wanted in connection to two sexual assault incidents at a park in Brooklyn.

Both disturbing attacks happened last Saturday, in the middle of the afternoon when it was bright out and Prospect Park was filled with families.

Police believe a 34-year-old woman was attacked from behind and pushed against the rocks. She says a man had his hand over her mouth and when he pulled out a condom, she escaped.

A few hours later, detectives believe he struck again -- this time following a 57-year-old woman and performing a lewd act on her.

There are now fliers in this popular family neighborhood warning residents to be vigilant. A sketch of the suspect was provided by the victims.

Resident Kathy Nissenbaum said she didn't recognize the suspect pictured in the sketch.
"No not at all. Just have to be careful. Keep your wits about you," Nissenbaum said. "Unfortunately, women have to protect themselves. It is what it is."

Another resident, Alex Rice, says it's "unfortunately not all that surprising."

Anyone with information in regard to this incident is asked to call the NYPD's Crime Stoppers Hotline at 1-800-577-TIPS (8477) or for Spanish, 1-888-57-PISTA (74782). The public can also submit their tips by logging onto the CrimeStoppers website at WWW.NYPDCRIMESTOPPERS.COM or on Twitter @NYPDTips. All calls are strictly confidential.