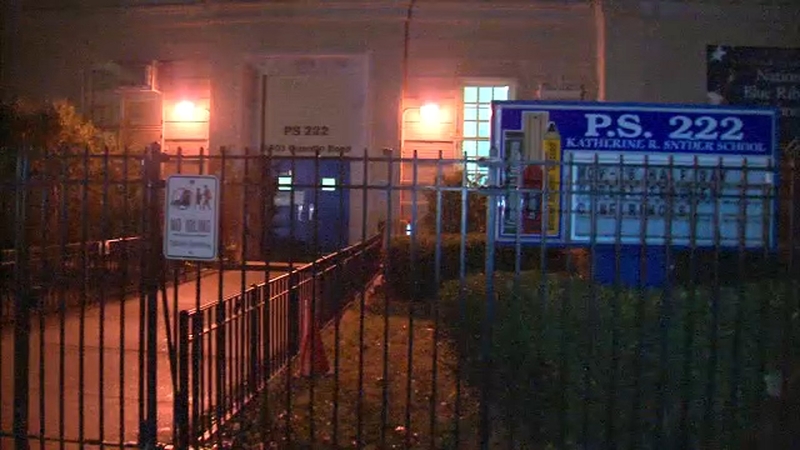 MARINE PARK, Brooklyn (WABC) -- A janitor in Brooklyn is under arrest on Thursday for allegedly sexually abusing a female fifth grade teacher.

Kasim Khan, 32, was taken into custody and suspended without pay from his job at P.S. 222 in Marine Park after he allegedly pressed his genitals against the teacher's backside.

Police have charged Khan with forcible touching, sexual abuse and harassment. He is expected to be arraigned in supreme court on sex abuse charges on Friday.

Officials believe there could be more victims. He is also being investigated in four other incidents of inappropriately touching other female staff members - delivering unwanted hugs, shoulder rubs and kisses on the cheek.

After the 46-year-old teacher reported being molested while alone with the custodian in a classroom, detectives with the NYPD's special victims unit interviewed four more women, who all claimed they had been groped or inappropriately touched by the custodian.

Law enforcement officials said the suspect made statements during questioning with detectives, who also obtained a DNA swab.

The custodian's supervisor was reassigned away from students for failing to forward concerns about the employee to the principal.

The NYC Department of Education released a statement saying,

"Mr. Khan was suspended without pay and is not permitted in any of our school buildings pending the outcome of the investigation into these troubling allegations."