Passenger fatally shot during dispute with other driver in Queens 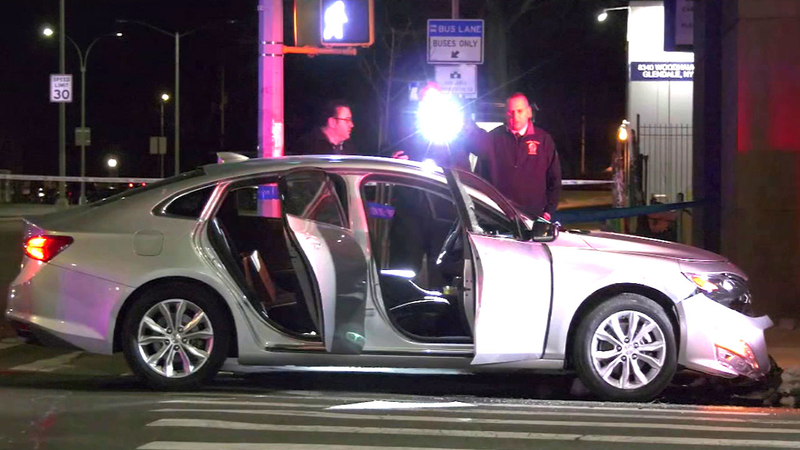 GLENDALE, Queens (WABC) -- A passenger was fatally shot when a driver pulled up on his vehicle and opened fire in Queens early Friday.

Police say the 25-year-old victim was in the front seat of a Chevy Malibu at the intersection of Myrtle Avenue and Woodhaven Boulevard in Glendale when a black four-door sedan pulled alongside around 12:45 a.m.

A verbal dispute ensued, and the driver of the black sedan opened fire on the other vehicle.

The 25-year-old passenger was shot and pronounced dead at Jamaica Hospital.

The Malibu appeared to crash into a pole. The driver was not injured.

"This area's been very quiet and very safe for a long period of time," said Ignazio Artale, who owns a business on the otherwise quiet block. "I'm in shock. It's amazing. It's amazing what happens today."

Tehesha Price, who passed by while taking her mother to a doctor's appointment, said she is thinking about the victim's family.

"It's horrible," she said. "I don't know if it was a traffic thing or whatever, but it's just unreasonable. A car can be replaced. There's insurance and all that. It's just senseless, of course."