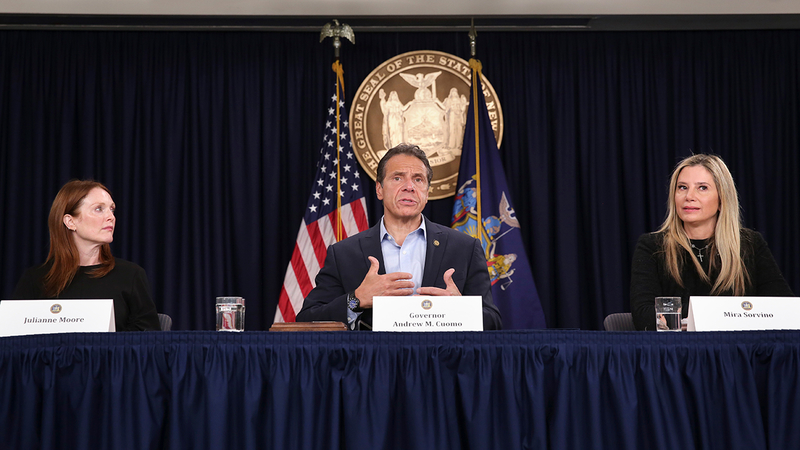 The governor was joined by actresses Mira Sorvino, Julianne Moore and Michelle Hurd as well as activists from the Time's Up and #Me Too movements as he signed the measure at his Manhattan office Wednesday.

Before, rape victims had to go to police within five years of a crime to make a complaint. But under the new law the time is extended, in some cases up to 20 years.

The tougher law came in the wake of the Harvey Weinstein accusations, and with many victims saying it can be 20, 30 years or longer before they recall a sexual assault and go to police to make a complaint.

They were often told no charges could be filed because of such a short statute of limitations.

"The law said a victim of rape has to bring their claim in five years or they lose their right," said Gov. Cuomo. "Five years is a terribly short period of time."

Sorvino has spoken before about being a survivor of date rape. She said every time someone stands up to "rape culture" it means "we stand up for all of us."

The law was approved by state lawmakers earlier this year. But with Wednesday's signing, it gives New Yorkers one of the toughest rape laws in the country.

It was all part of the governor's women's justice agenda for this year.