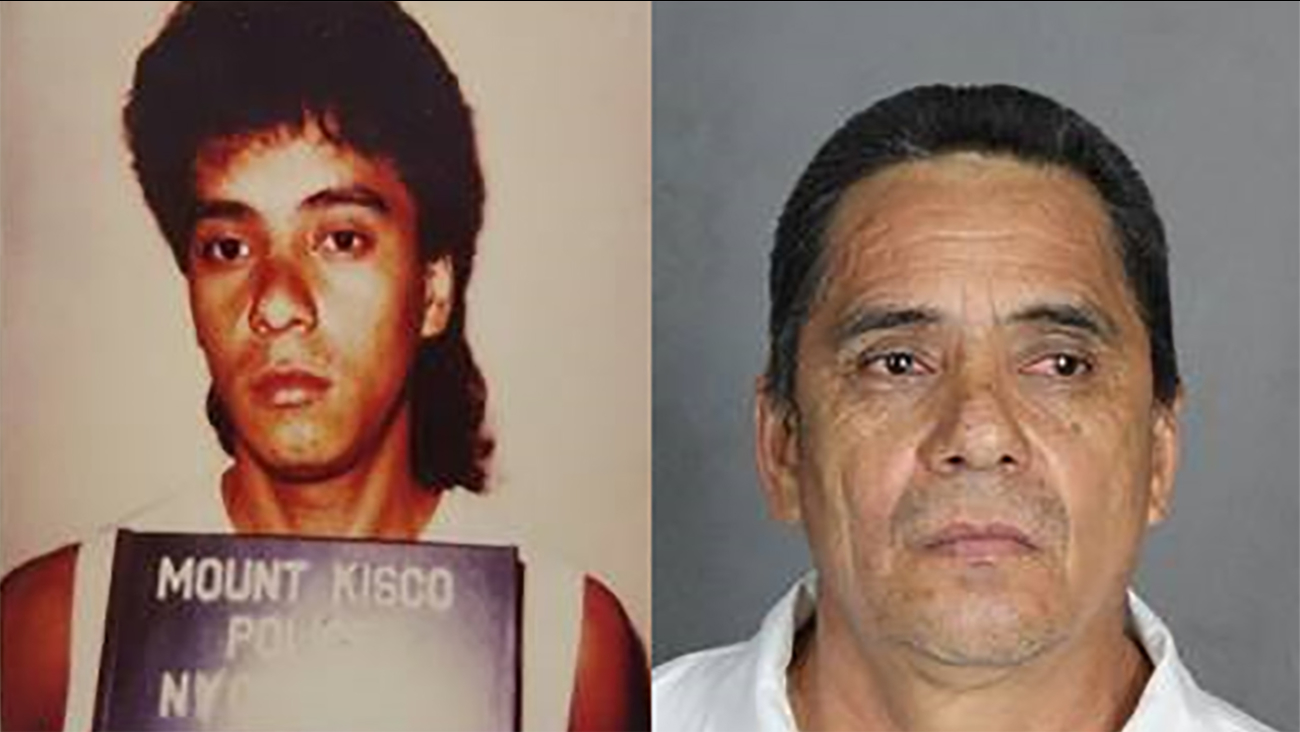 MOUNT KISCO, Westchester (WABC) -- Authorities in Westchester County say they have captured a man who fled from a rape trial 30 years ago.

Nelson Gustavo Caceres, 51, was arraigned Monday following his arrest Friday night. He was apprehended by detectives after they determined he had returned to Mount Kisco.

Caceres, a Guatemalan national, was charged with first-degree rape in 1988 and fled the following year while on trial in White Plains, according to Westchester County Police.

A warrant was issued for his arrest. Caceres was convicted of attempted rape and sentenced in absentia in 1989 to 5 to 15 years in state prison.

Detectives had determined in the 1990s that he was likely back in Guatemala, but recently began to suspect that he had returned to Westchester.

Investigators believed a man thought to be Caceres had frequented a Mount Kisco deli and was riding a red bicycle.

On Friday night, authorities say officers observed a red bicycle chained to a tree near the deli and took Caceres into custody when he came to retrieve the bicycle.

"We received a good deal of cooperation in the Mount Kisco community during this investigation and are grateful for the public's assistance," Commissioner of Public Safety Thomas A. Gleason said. "Mr. Caceres will now serve the sentence that was handed down three decades ago and the victim in this incident will receive the justice she deserves."

Caceres was arrested in 1988 after police said he dragged a woman into a wooded area and sexually assaulted her.