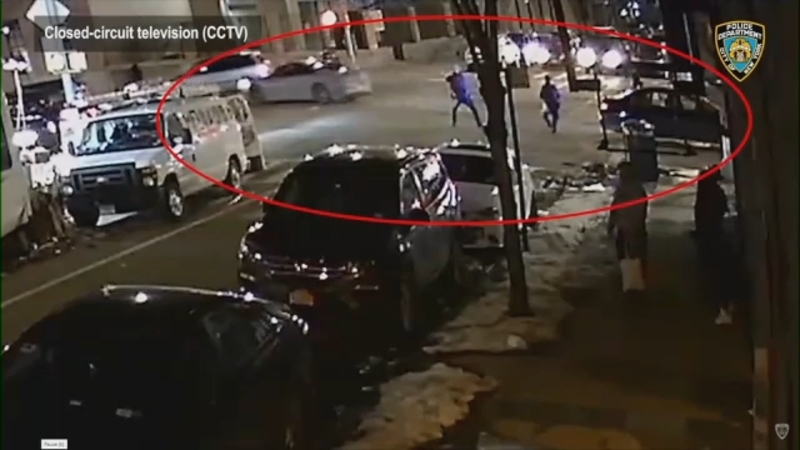 MELROSE, The Bronx (WABC) -- A New York City police officer has been charged with reckless endangerment on Tuesday after a traffic stop in the Bronx.

Officer Richard Delahanty was performing a traffic stop on February 16 near the Melrose section of the Bronx around 6:30 p.m.

Delahatany and his fellow officers pulled the driver over for heavily tinted windows and a loud exhaust, according to court documents.

The driver attempted to flee from officers and that's when officer Delahanty pulled out his gun and fired six shots at the car.

Bronx District Attorney Darcel Clark said Delahanty acted recklessly because there were multiple people on the sidewalk and drivers sitting nearby in rush hour traffic.

This created a substantial risk of serious physical injury to the pedestrians and drivers," Clark said.

Officer Delahatany has been suspended without pay for 30 days.