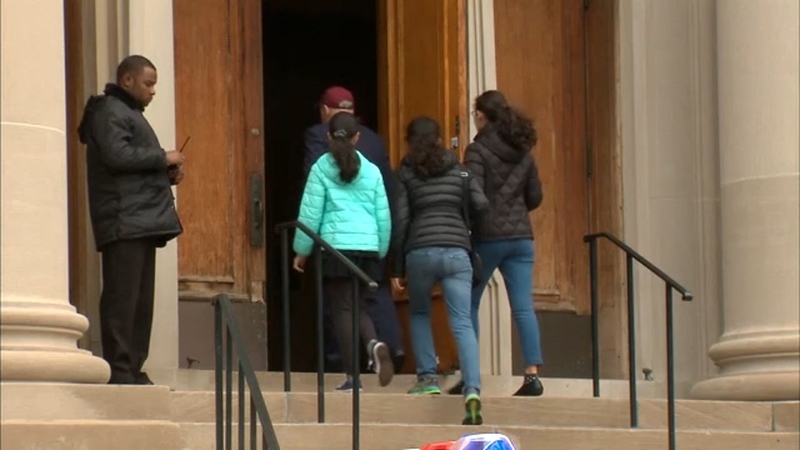 NEW YORK (WABC) -- Thousands came together to remember the victims of the Pittsburgh synagogue shooting and to show support for the Jewish faith and all faith in a day of solidarity Shabbat.

There were NYPD Counterterrorism units stationed at the Park East Synagogue on the Upper East Side.

"You worry about going to service, changes have to be made - you have to protect everybody," says Larry Newman.

And as people made their way to Shabbat services in Midtown, fear was not stopping them.

"I had to be here - I had to show solidarity and lack of fear," said Alan Dershowitz.

In a major movement, people from all faiths came to synagogues in the city and throughout the country to support Jewish communities and Shabbat - a Jewish day of rest from Friday evening to Saturday evening, and to remember the 11 lives lost in the horrific Pittsburgh synagogue shooting a week ago.

"It's not about the Jewish religion. It's about all Americans, citizens of America, standing together and fighting against hate, no matter what source it is," Newman adds.

The news spread quickly - some people who never attended Shabbat services say they just had to come.

David Youngworth was one of them.

"I felt as a Jew I should show up, I should honor the victims, and honor our faith," Youngworth said.