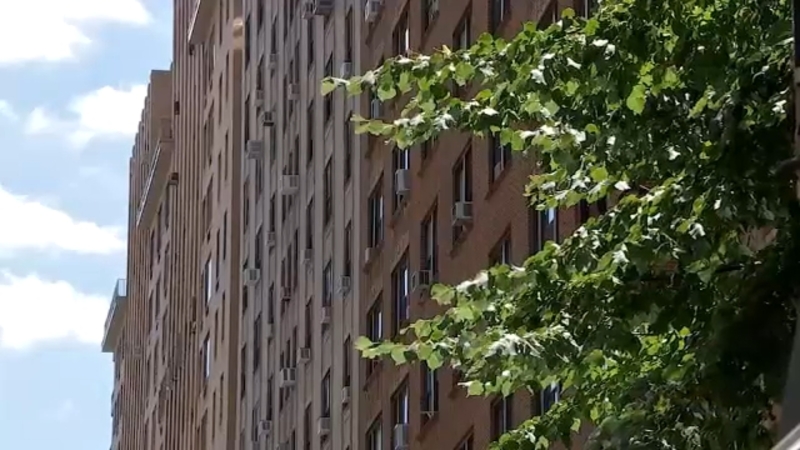 Rent Guidelines Board proposes largest rent hike in a decade

NEW YORK CITY (WABC) -- The cost of living in the nation's largest city may soon go up.

The New York City Rent Guidelines Board met Thursday night and proposed the biggest hike for rent-stabilized apartments in nearly a decade.

The preliminary vote left neither tenants or landlords pleased.

The outcome of the vote, which was held virtually, proposed a rent increase of 2-4% for one-year leases, and a 4-6% increase for two-year leases for rent-regulated apartments and lofts.

The motion passed with a vote of five to four with no extensions.

In keeping with tradition, neither tenants nor landlords were satisfied with the outcome. The figure was too much for tenants and not enough for landlords.

Both sides agreed that the rent-stabilized housing stock will continue to dwindle if people don't have a substantial amount of income to keep up with aging buildings.

A preliminary vote by the New York City Rent Guidelines Board on Thursday night proposed the largest hike for rent-stabilized apartments in nearly a decade. CeFaan Kim has the details.

"We're coming to live with you," said Sheila Garcia, a Rent Guidelines Board tenant member. "People are suggesting that maybe when they get evicted that maybe they can come live with you because of these increases."

It was another reminder that even as this city continues to hobble its way out of the pandemic, lack of affordability is only adding salt to an open wound.

It's a sticker shock for the more than 2 million rent-stabilized tenants in New York.

The vote was preliminary, but the final vote which is expected at the end of May, tends to be close to the numbers from this vote.

It comes after two years of rents either frozen or increases kept unusually low due to the COVID-19 pandemic, along with eight years of mostly modest increases during the de Blasio administration.

"We've heard that number - 9%," said Robert Desir of the Legal Aid Society. "I think that will have a devastating effect on tenants that live in the rent stabilized housing stock tenants who have not seen their wages increase. Tenants who are having difficulty keeping pace with inflation, tenants who have not recovered from the pandemic."

A 9% hike would have been the largest increase since 1990.

The panel had voted for almost a decade to keep landlords from imposing significant rent increases. However, both sides this year used inflation and the cost of increased expenses to make their arguments.

Landlords added that unlike tenants, they didn't get the same help. Tenants meanwhile were calling for a rent freeze.

Ahead of the vote, the Legal Aid Society called for a freeze on all rent increases.

"Over one million people reside in a rent-stabilized dwelling, including many of our clients who are low-income and predominantly from Black and Latinx communities, and any increase that would siphon away money for groceries, medical care or other essentials to pad landlords' pockets is both unconscionable and immoral," Adriene Holder, Attorney-In-Charge of the Civil Practice, said in a statement. "These are some of our most vulnerable neighbors, and the Rent Guidelines Board must prioritize their safety to ensure that they remain housed. New York is already suffering from a burgeoning eviction and homelessness crisis, and the Board must not choose to pursue a course that exacerbates those realities. Ahead of tonight's preliminary vote, we call for an outright freeze. The Board must avoid pushing our clients - seniors, the disabled, working class families - further into poverty, especially as this community continues to recover financially from the COVID-19 pandemic."

Last year, the Rent Guidelines Board approved making one-year leases 0% for the first six months and then increase 1.5% for the second six months, with two-year leases increasing by 2.5%.