Cab driver accused of beating man to death in Ridgefield 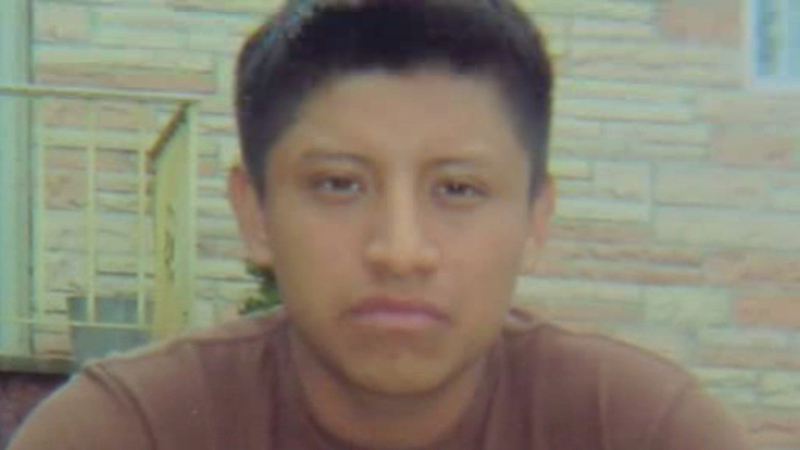 Cab driver accused of beating man to death in Ridgefield

RIDGEFIELD, New Jersey (WABC) -- Authorities in New Jersey say they have made an arrest after a man's body was found near a post office.

Investigators say 27-year-old Lucas Teletor was found in the 700-block of Broad Avenue, near the corner of Virgil Avenue, in Ridgefield around 6 a.m. Sunday as a postal employee arrived for work. It appeared he had been beaten to death.

The suspect, taxi driver Juan Tacilla, has been charged with reckless manslaughter and is being held on $500,000 bail, according to the Bergen County Sheriff's Office.

Teletor moved here from Guatemala four years ago. His cousin says the 27-year-old put in long tough hours at a local restaurant and he seldom got to enjoy a night out with friends.

Saturday night, they went out to a bar in North Bergen, around midnight they called a cab to take them to their Palisades Park home.

"The taxi driver got angry and beat him," said Jose Cotzalo, the victim's cousin.

Cotzalo says he doesn't know what the fight was about.

Area resident John Lopez was heading to the store and witnessed the attack, which he claims started with a fight between the driver and his passenger.

Authorities say the investigation revealed that Teletor and an acquaintance had traveled from an establishment in North Bergen to the area of Broad Avenue at approximately midnight in a local taxi service.

During the trip, there was an altercation between Teletor and Tacilla. They say Tacilla then pulled his taxi over, and a fight ensued.

The body was found in the lot down the street from where Lopez spotted the altercation. There is no official word on a motive for the attack, and detectives were investigating if the body was dumped at the location. Police asked Lopez to verify Teletor was the man he had seen earlier.

"I said, 'What are you doing, did you find the kid?'" he said. "And they said, 'Yeah, would you tell us if that was the kid?' So I looked over and I said, 'Yeah, that was definitely the guy, the kid that was getting beat up.'"
Police looked for clues and knocked on doors, asking residents if they saw anything suspicious. Businesses in the area were closed Sunday, and video cameras don't show the area where the body was discovered.

An autopsy, including toxicology examination, is pending by the Bergen County Medical Examiner.