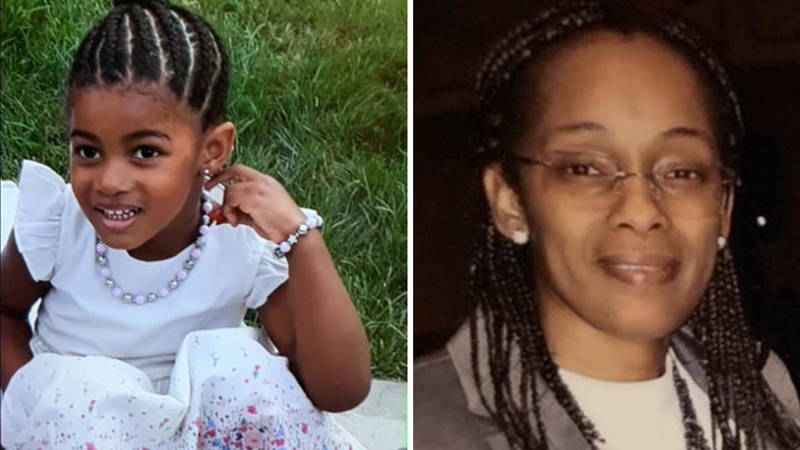 RIVERHEAD, Suffolk County (WABC) -- A 3-year-old girl has been found safe and her mother is in custody after a shooting and abduction on Long Island that prompted an Amber Alert Friday.

Police say Vanessa Tennant-Mitchell had been dropped off elsewhere with a relative late Thursday night and was unharmed, and that relative contacted police after seeing the alert to say she was safe.

The shooting happened at 8:30 p.m. at Mitchell's home on Pleasure Drive in Riverhead, and Tennant allegedly fled with the child. The alert was issued early Friday and was flashed to drivers along the Long Island Expressway for miles.

The relative saw the alert, contacted police, and is said to be cooperating with authorities.

The getaway car was found abandoned Friday morning in a parking lot 22 miles from the scene of the shooting, with no trace of the child's mother.

She remained at large until police say she surrendered to authorities Friday. She is facing charges of assault and criminal use of a firearm.

"She was seen just prior to the incident in a very agitated state," Southampton Town Police spokesperson Lieutenant Susan Ralph said. "So with that being said, we are concerned."

Andrew Mitchell was taken to Stony Brook University Hospital with multiple gunshot wounds, but he is expected to survive.

He was conscious and alert at the time, according to police, and had said that the mother of his child had shot him. A weapon was recovered.