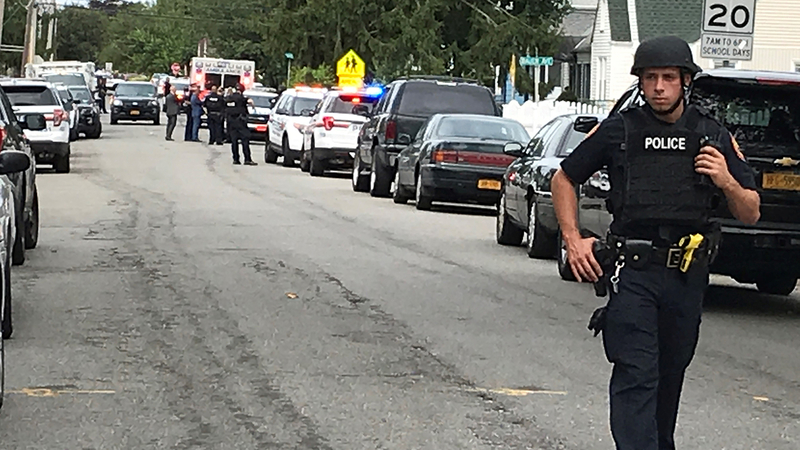 ROOSEVELT, Long Island (WABC) -- A man allegedly fired at least three shots into the ground on a Long Island high school football field in a dispute with landscapers over trees that had fallen across his property line, police said.

The disputes happened on Roosevelt High School grounds in Nassau County Tuesday morning, but not inside the school.

Classes are not yet in session, but teachers were preparing for the upcoming year and students from various sports teams were practicing on the field at the time.

"Football, soccer, track, all on the field when this occurred," Nassau County Police Commissioner Patrick Ryder said. "Security immediately moved them into the school, locked them down. There was a lockout done immediately on the premises. They did an outstanding job, between the security and the school, as far as getting the kids inside, initiating the lockdown, and keeping everybody safe."

"Nobody panicked," sophomore Jamice Lattimore said. "Everybody felt protected, but still, it was crazy. Because it was real. Anybody could've gotten hit with that."

Authorities said the man fled a short distance to a nearby home, where he barricaded himself. He later surrendered without incident, police said.

The man, who has not been identified, is in custody.