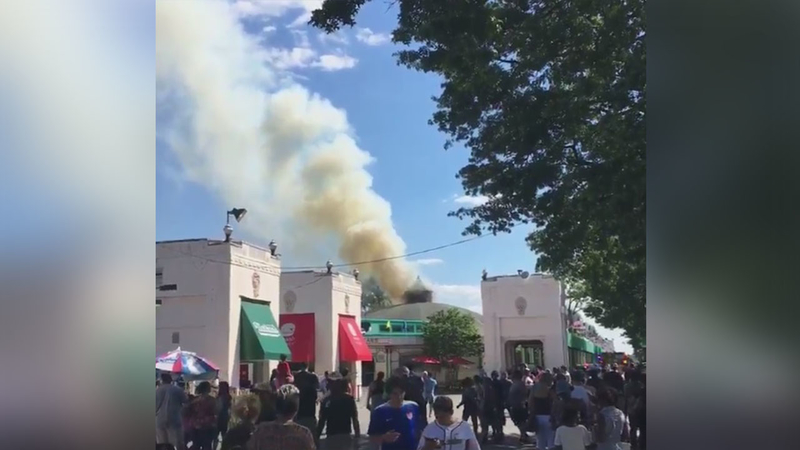 RYE, New York (WABC) -- The Grand Carousel ride at Rye Playland will remain closed for the rest of the 2017 season following a fire last weekend, officials have announced.

The building sustained extensive damage. The roof needs fixing and water damage must be addressed.

The horses and carriages did not burn, but they did will need some refurbishing because of water damage.

Officials said the fire was caused by an electrical spark from a light at the base of the carousel's domed roof.

Westchester County, which owns the 1920s amusement park, already had planned to renovate several rides including the 102-year-old carousel.

Playland, the only Art Deco amusement park in America, is on the National Register of Historic Places.

Its modest collection of rides and attractions evokes a simpler time. It even holds a place in Hollywood history: Playland was featured in the 1988 Tom Hanks movie "Big."