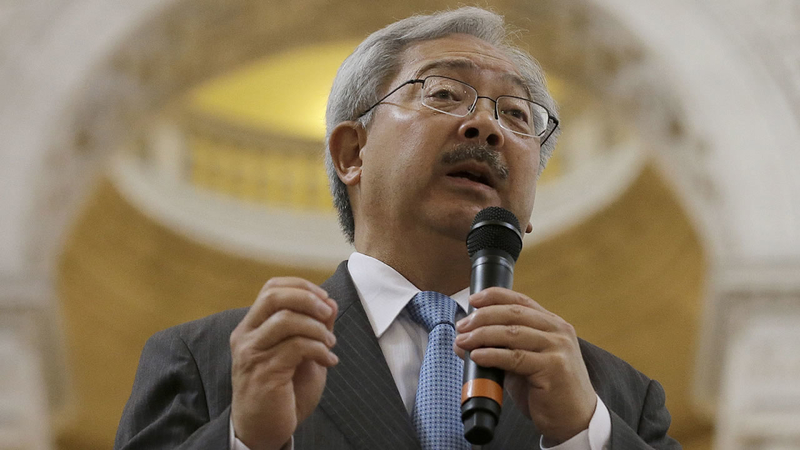 Lee suffered cardiac arrest while he was out shopping at about 10:30 p.m. Monday. He passed away 1:11 a.m. at Zuckerberg San Francisco General Hospital.

Just the day before, Lee was at a recycling event in San Francisco where he was smiling and shaking hands.

On Monday, San Francisco Mayor Ed Lee spoke with ABC7 News and appeared to be in good health.

The mayor's office issued a statement this morning with the sad news: "It is with profound sadness and terrible grief that we confirm that Mayor Edwin M. Lee passed away on Tuesday, December 12 at 1:11 a.m. at Zuckerberg San Francisco General Hospital. Family, friends and colleagues were at his side. Our thoughts and prayers are with his wife Anita, his two daughters, Brianna and Tania, and his family."


Several colleagues and officials near and far are remembering Mayor Lee. Rep. Nancy Pelosi said "He was a true champion for the people & a dear friend to the many lucky enough to know him."

Senator Kamala Harris said: "He was a fierce advocate for civil rights and worked tirelessly for workers' rights and his leadership will be missed."

In accordance with the City Charter, Board of Supervisors President London Breed became Acting Mayor of San Francisco, effectively immediately.

Breed is a native San Franciscan. She's a graduate of Galileo High School.

Prior to her election to the Board of Supervisors, she was the Executive Director of the African American Art and Culture Complex.

She was elected to the Board of Supervisors in 2012, representing District 5 which includes the Fillmore/Western Addition, Hayes Valley, Lower Haight, Haight-Ashbury, Japantown, Alamo Square, North of Panhandle, Cole Valley, and Inner Sunset neighborhoods.

Breed was then elected President of the Board in 2015.