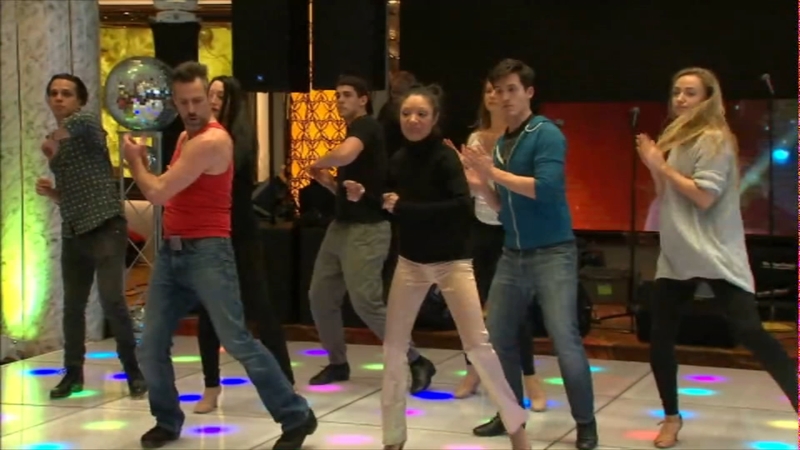 Celebrating 40 years since the filming of 'Saturday Night Fever'

BAY RIDGE, Brooklyn (WABC) -- It's been 40 years since John Travolta danced his way into our hearts in "Saturday Night Fever."

For those who came of age in the 1970s, to listen to this music is to hear the soundtrack of their young lives, and recall a time when watching Travolta dance stirred their youthful enthusiasm.

"Everyone wanted to be John Travolta and the girls wanted to be on his arm," said Beverly Fish, a disco enthusiast.

It's all about bringing memories back to Bay Ridge.

"I remember it being exciting, like in my head I picture almost fireworks going off in this place. There was nothing like it," disco dancer Stephanie Ovadi said.

For one night only all is as it was.

"It incorporated the people into the music," she said.

The former disco inferno, once known as the 2001 Odyssey Nightclub is now a Chinese restaurant, and would have stayed that way except for the efforts of a fan of the film who spent more than $200,000 to recreate the famous dance floor and make this event free for local residents.