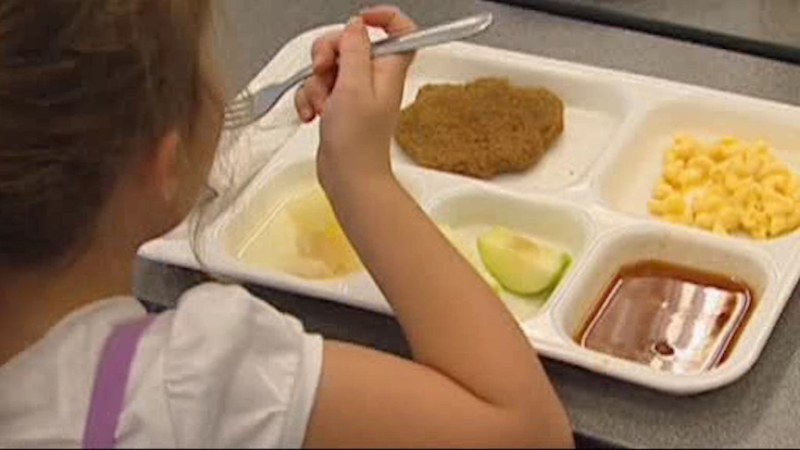 NEW YORK (WABC) -- Parents and a local lawmaker are making a push to have the letter grades you see at restaurants, apply to school cafeterias in an effort to keep kids safe.

"It irritates me, that's not good for any kid who eats the food around here," said Frank Castro, a parent.

Frank Castro was appalled to learn the cafeteria at his kindergartner's school had evidence of mice, roaches and flies.

If PS 33 were graded like a restaurant it would get a C from the Health Department.

"Why don't we provide the same transparencies at cafeterias that we do at restaurant?" State Senator Jeffrey Klein said.

"We found stomach churning stories," Klein said. "At the Sixth Avenue, droppings at one visit."

Another brand new school, Peck Slip, also racked up violations for mice. Both would have received C grades if they were restaurants. And there were dozens of other schools like it.

"If we are going to protect adults and the public in restaurants, we should also be protecting the children," a member of the parents' union said.

But unlike restaurant grades, a bad grade for a school cafeteria won't result in a loss of business. But could it make schools more accountable.

"My kids come to eat here. You don't want to hear those kinds of things in school," a parent said.