Search on for gunman after 5 shot in Bronx, including children 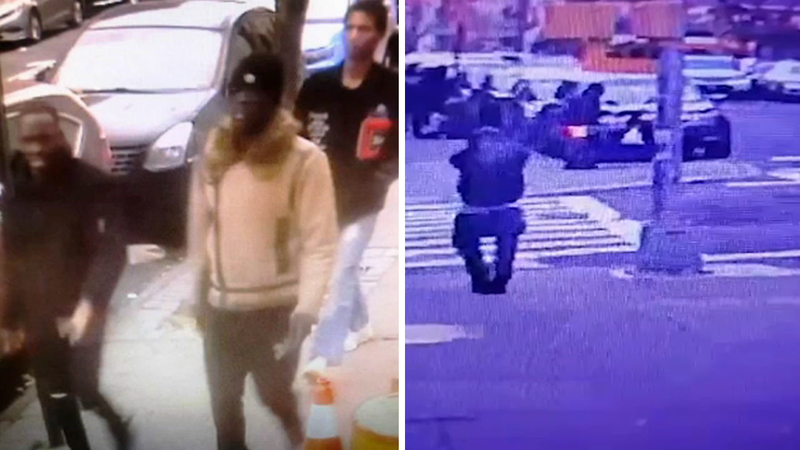 Search on for gunman after 5 shot in Bronx, including children

MELROSE, Bronx (WABC) -- Police have released a photo of the men they are looking for in connection to a shooting that injured five people - including two children.

Surveillance video shows him following his intended target and then opening fire as crowds ran away in a panic.

A 36-year-old mother and her 10-year-old son were hit by the bullets, as were a 14-year-old boy and a 19-year-old woman. All four live near the shooting scene and ran into a nearby liquor store to escape the chaos.

They were rushed to the hospital in stable condition and their injuries were not life-threatening.

Detectives believe a 20-year-old man, struck in the buttocks by gunfire, was probably the intended target.

The gunman likely fired at least a dozen shots before fleeing down the street and over fences.

The NYPD says the men in the photo were spotted with the gunman before the shooting and they would like to talk to them.