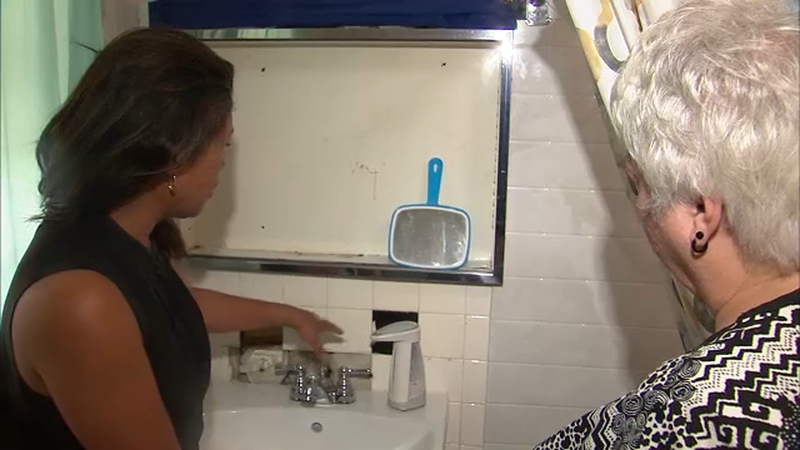 NEWARK, New Jersey (WABC) -- When one homeowner decided it was time to remodel her bathroom, she went to a company she trusted. But that dream bathroom turned into a botched job that cost her thousands.

If using the app, click here to send us a news tip
Report a correction or typo
Related topics:
personal financenewarkessex countybusinesssears7 on your side
Copyright © 2022 WABC-TV. All Rights Reserved.
7 ON YOUR SIDE
529 Plans - How they can help you save/pay for college
7 On Your Side helps grieving mom fight for daughter's death benefits
DoorDash customer gets more than Italian ice after hit and run
7 On Your Side tips to stretch your dollar and combat inflation
TOP STORIES
15-year-old arrested in stray bullet death of Kyahara Tay
2 officers hurt when suspects' car crashes into NYPD cruiser
10-week-old cockapoo puppy stolen from pet shop in NJ
Small town girl's journey from cheerleader to sex-trafficked 'hostage'
2 window washers rescued from scaffolding 42 stories up in Midtown
Possible monkeypox case linked to patient in NYC
Former NYC Mayor Bill de Blasio to run for redrawn House seat
Show More
Broadway theaters extend COVID mask policy through June
Adams' deal with Albany would keep speed cameras operating 24/7
Tornado Watches in NJ ahead of potentially record setting heat
AccuWeather: Warmup into the weekend
How much are your taxes? Check out our Long Island school tax database
More TOP STORIES News
Send us your questions, issues, and story ideas to Nina by filling out the form above, by emailing 7OnYourSideNina@abc.com, or contact Nina on her Facebook page or tweet her at Twitter @7OnYourSideNY! You can also call the 7 On Your Side Hotline at 917-260-7697.