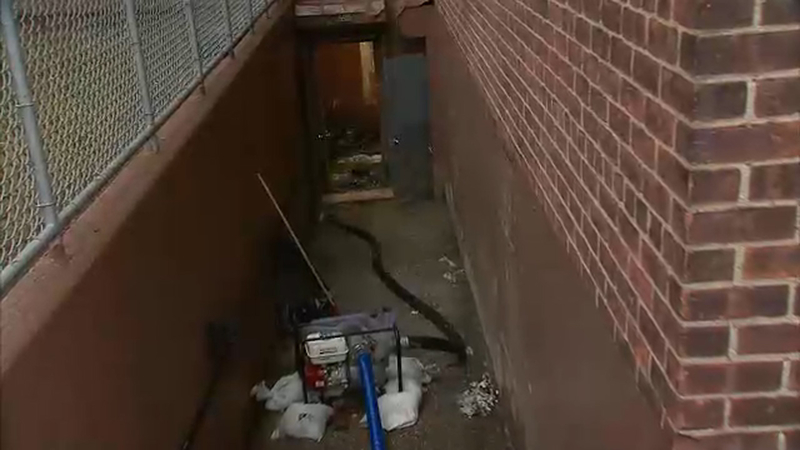 BROOKLYN, New York City (WABC) -- Another sewage problem has been reported in New York City, this time at a NYCHA project in Brooklyn.

A service line in the basement of the six story, 96-unit building in the Kingsborough Houses broke, spilling sewage and leaving 211 residents without hot water...and a putrid stench.

The pipe appears to have broken around noon last Friday, leaving about an inch of sewage in the basement.

"I need a bigger pot. I wore this one out," said Denise Clements, who was boiling Downy fabric softener, incense and scented oils in a small pot.

She was doing everything she could to fight the stench of raw sewage.

Clements and other tenants were cringing under the horrible odor. "I could smell it under my kitchen sink. Feces. That's nasty," said Linda Gilchrist.

Residents complain they have been without hot water since Thanksgiving weekend.

"We need hot water," said one tenant. "It's not fair this whole community, we have kids, disabilities, they can't get out to take showers."

The basement has to be cleaned and sanitized before hot water to the building can restored.

NYCHA said the problem is a stoppage caused by over 300 pounds of baby wipes which broke down an aging pipe, and then, through flooding, knocked out the hot water system.

The Housing Authority said it has been working around the clock through the weekend to pump the sewage, clean and sanitize, repair the pipe and repair the panel to restore hot water.

Heat in the building has not been affected.