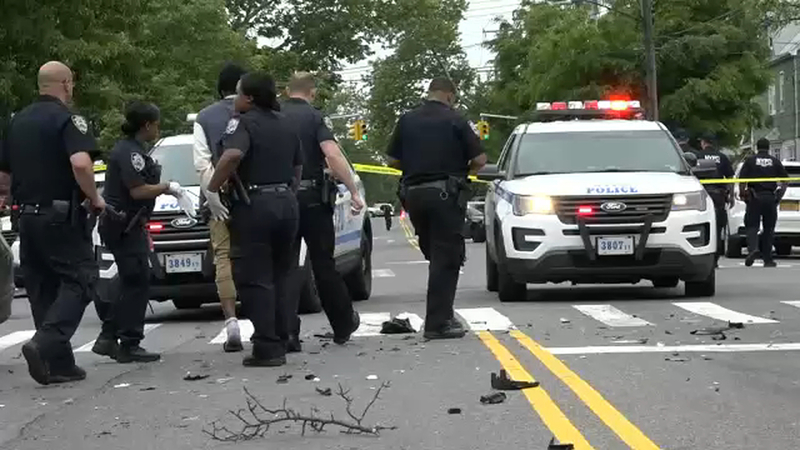 OZONE PARK, Queens (WABC) -- Police are investigating after one man was fatally shot and two wounded in Queens Monday morning.

It happened at 104-30 104th Street in the Ozone Park section where there was an exchange of gunfire.

A 27-year-old man was shot in the neck and pronounced dead at Jamaica Medical Center. His identity has not yet been released.

A 28-year-old man was also shot in the hand. He was in a vehicle that crashed at 107th Avenue and 111th Street

Police say a third man, 28, walked into Long Island Jewish Medical Center after having been shot in the back. It is not yet clear how the shootings are all connected.

The circumstances leading up to the shooting are not yet known, including the details surrounding the car crash.

So far there are no suspects in custody.