Man falls into, gets leg stuck in sinkhole while crossing street in Williamsburg 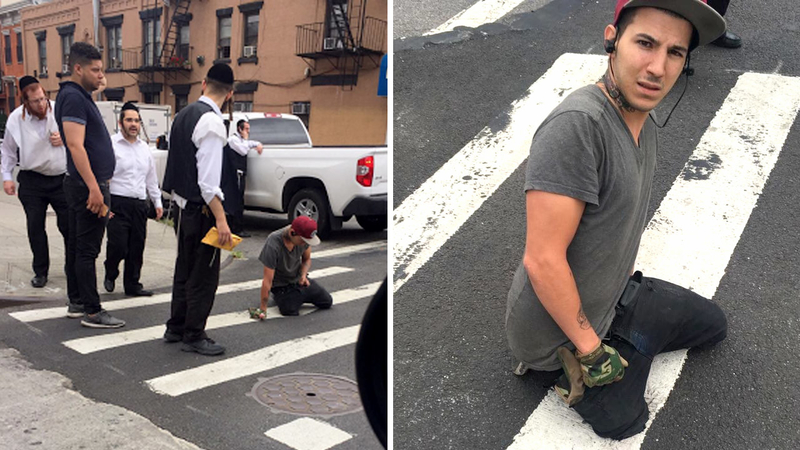 Man falls into, gets stuck in sinkhole while crossing street

WILLIAMSBURG, Brooklyn (WABC) -- A man had to be rescued after his leg got stuck in a sinkhole in the middle of a Brooklyn street Tuesday.

The incident happened just after 11 a.m. on Myrtle Avenue between Bedford Avenue and Nostrand Avenue in Williamsburg.

Steven Suarez, who spoke exclusively with Eyewitness News, said he was supposed to drive to work but instead decided to walk. As he was crossing the street, the small sinkhole suddenly swallowed his entire right leg.

"I was going to sink into the floor," Suarez said. "I didn't know what was happening. I was scared."


Witness and surveillance videos show Suarez trapped and helpless in the middle of the intersection while the Hasidic police diverted traffic.

"They told me to relax, to breath. that they didn't know I could pull my leg out because somebody had already tried and it didn't work," Suarez said.

Still in disbelief, Suarez said firefighters calmed him down and managed to help free his leg without having to use any tools.

Needless to say it's an experience Suarez won't soon forget.

"It was pretty creepy down there, I just wanted to get out," he said.