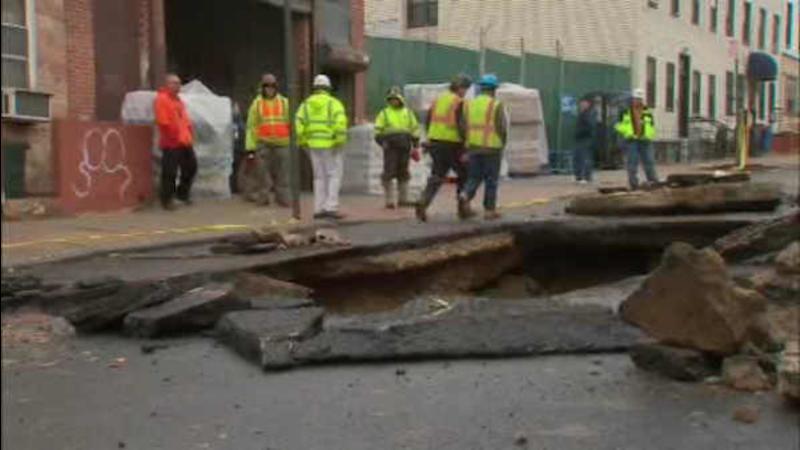 A DEP spokesman says the 12-inch break in a city water main appears to have caused the collapse on a street Tuesday.

The crater opened in the middle of 23rd Street in Greenwood Heights, leaving the road impassable.

Workers had been excavating to determine whether a city main line was the source of the problem or a private service line. Road repairs are underway.

The street crumbled and swallowed a school bus, just moments after the last child was dropped off.

As they did, water service remained shut down to hundreds of residents up and down the block.