Friday night's Tribute in Light was a welcome sight after the yearly memorial was almost cancelled in August due to the coronavirus pandemic. 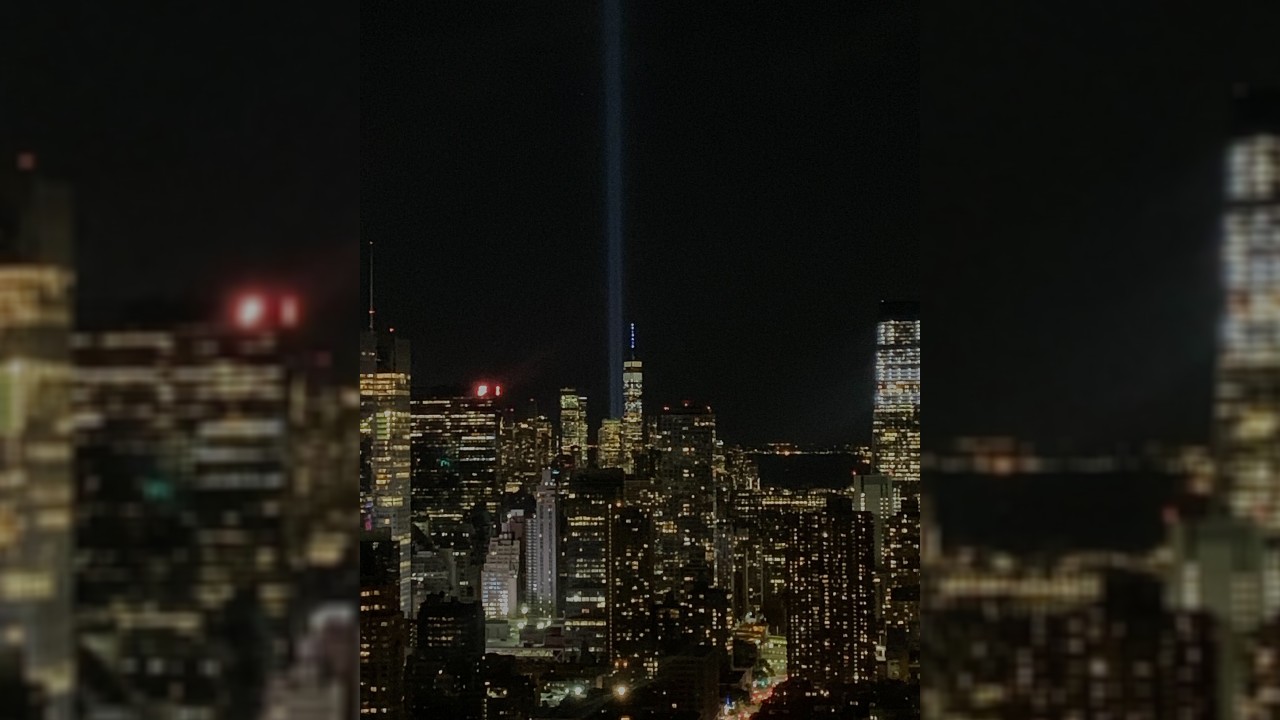 The 9/11 Memorial and Museum originally announced that the lights would not shine this year.

Photos: Up close look at the World Trade Center's 9/11 'Tribute in Light'

Just after it was announced that the Tribute in Light had been canceled at ground zero due to COVID, Edgewater decided to hold their own ceremony at Veterans Field.

While the decision was quickly reversed after an outcry, Edgewater decided to move forward anyway.

"We watched those towers fall. We were right here," Edgewater Mayor Michael McPartland said. "We're like 13th Avenue, I like to call us. If it wasn't for the river we'd be in New York City."

McPartland worked in the World Trade Center for 27 years as a trader. He lost 27 colleagues on that day.

"Some of them are here tonight. We still keep in touch. And we have to keep the spirit of never forgetting alive," McPartland said.

Edgewater resident Dennis Tibus was with the town's fire department 19 years ago.