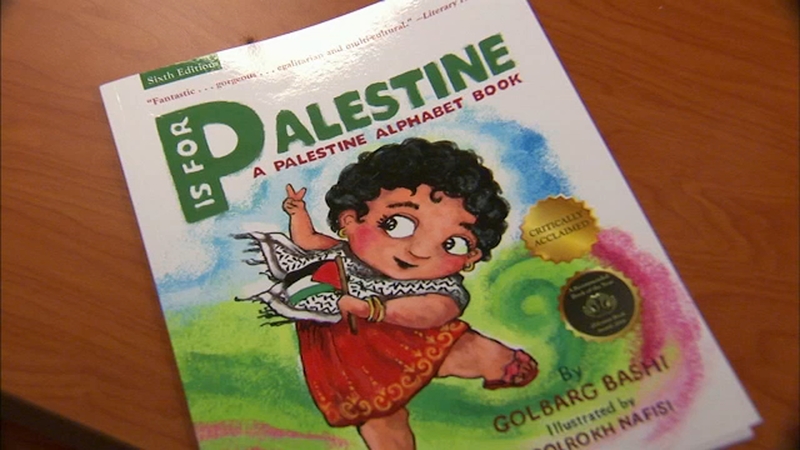 HIGHLAND PARK, New Jersey (WABC) -- A children's book about the alphabet is sparking controversy in one New Jersey town.

The author says the book, "P Is for Palestine," is meant to teach people about Palestinian culture, but critics say it promotes anti-Semitism.

Now members of the Jewish community in Highland Park are pushing to keep it out of their local library.

"It's a symbol, it says that it's OK to have books that teach little children to hate," Rabbi Bernhard Rosenberg said.

The book includes illustrations of Palestinian activities from playing to cooking to protests.

Author Golbarg Bashi is Iranian-American and her works have stirred emotion in the past. She said "P Is for Palestine" is about pride and not promoting violence.

"This is a children's book about children who basically have no books written about them in English in this country," Bashi said.

But her choice of using Intifada for the letter I is raising eyebrows.

"It's anti-Semitic and I'm telling you the Jewish community here is up in arms," Rosenberg said.

Bashi says that's not the intention.

The book has been pulled from the library but is awaiting a final decision from the board of trustees.

The debate over the book is bringing the long-standing feelings in the Middle East to Central Jersey.

"It's being used to teach little children about how great the Palestinians are and we should murder the Jews, that's the bottom line," Rosenberg said.

"This is not about me," Bashi said. "This is about my book, this is about the First Amendment."