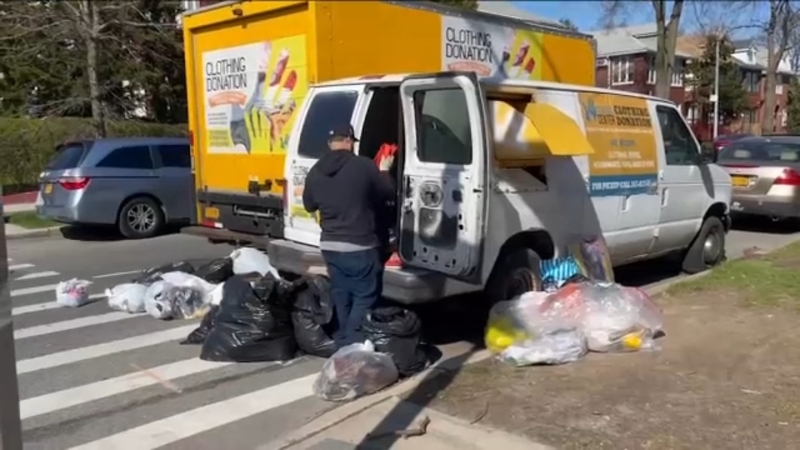 Clothing donations piled up outside van for 3 years in Brooklyn

There were piles of donated clothing stacked outside them and they were left parked on residential streets for three years.

They should've been moved or towed in just 48 hours.

But when the city and the vans' owner didn't act, 7 On Your Side and Nina Pineda went to work.

"Sir, we need you to move this van. Residents are complaining there's garbage everywhere," Pineda said.

Within three seconds we understood why it's been a three-year battle for Brooklyn families along Ocean Parkway trying to deal with numerous donation vans stationed on their block.

But, their representative told Pineda to lose his number when 7 On Your Side called to ask about their garbage-strewn vans, some with flat tires, which residents say haven't moved since 2018.

"I just want quality of life I don't want to have filth all over my property," said Claudie Setton, a resident.

"Sometimes I find underwear, and I find socks, clothing all in here, they take the stuff, rummage through it, discard what they don't want," she said.

It's so bad he can't let his twin daughters play in their own yard.

"There are all kinds of people digging through the truck. I'm walking out with the babies, they're throwing stuff around," he said. "It's not a garbage dump. We live in a nice area, the street should be kept clean."

Instead, every day they look at it, plus the storm drains under the vans are clogged with debris.

"We have alternate side, my streets haven't been cleaned in three years!" Setton said. "Which I don't understand, because if I'm here, I get ticketed, they do not."

First, she tried to call the number on the van.

"I wrote them emails, I texted, I called," she said.

Nothing. Her next try was the city where she struck out three times.

"Why can't anyone do anything? Why can't my councilman? Why can't the police? Why can't sanitation? Why?" she said.

So, she raised an alarm to 7 On Your Side.

"I'm desperate, I hope you can help," Setton said.

So, we went on a road trip, finding a number of Chesed vans, some illegally parked with thousands in unpaid violations, and expired registrations.

After alerting a representative from the center that we were going to take action, someone showed up to move the vehicle all right, but dropped it on the side of the same street!

Finally, after more calls, they took it away for good.

Next, we took the vexing van donation dilemma to the city.

Within days the other five vans were finally were towed and impounded by the police.

"I was totally shocked. What you did in two weeks I couldn't do in three years," Setton said.

"I really appreciate everything you did my street looks beautiful! There's no garbage anywhere. It feels fresh and clean and new," Shabot said.

"Thank you so, so much, thank you, thank you," Setton said. "It's literally a miracle."

The Department of Sanitation told 7 On Your Side it couldn't tow vehicles that have license plates on them. That's the NYPD's responsibility. We never found why it took so long for these vans to be towed.

Their representative wouldn't tell 7 On Your Side whether they plan on moving them. Now if you want to donate clothing, here's a list of other organizations and drop-off locations where you can do so.

ALSO READ | How to fight back against fraudulent unemployment claims, 7 On Your Side has tips
EMBED More News Videos

New York State has identified over 521,000 fraudulent unemployment benefit claims during the COVID-19 pandemic, preventing fraudsters from stealing more than $6.4 billion in benefits.

Fill out the form below or email your questions, issues, or story ideas by filling out the form below or by emailing 7OnYourSideNina@abc.com. All emails MUST INCLUDE YOUR NAME AND CELLPHONE NUMBER. Without a phone number, 7 On Your Side will not be able to respond.
Report a correction or typo
Related topics:
societybrooklynnew york citycoronavirusclothingcoronavirus pandemicpandemic7 on your sidecovid 19 pandemicdonations
Copyright © 2021 WABC-TV. All Rights Reserved.
7 ON YOUR SIDE 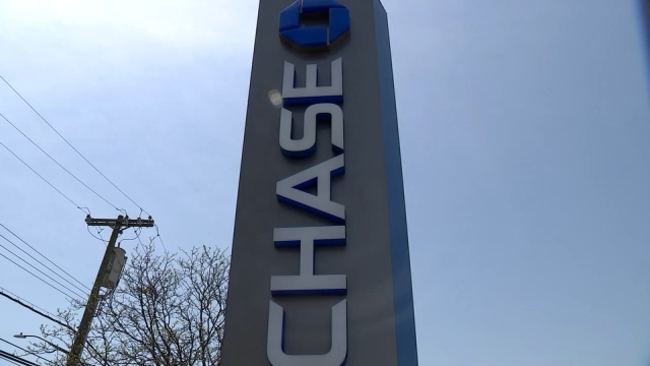 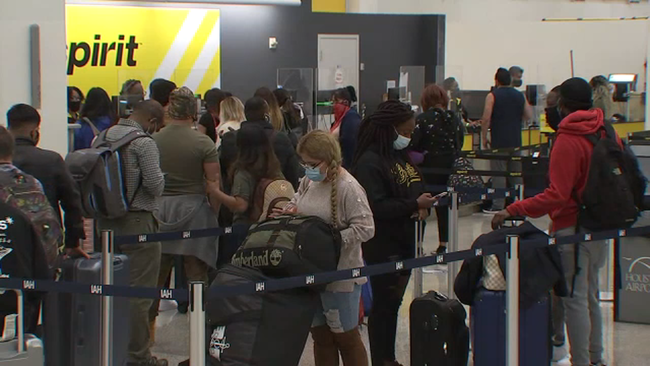