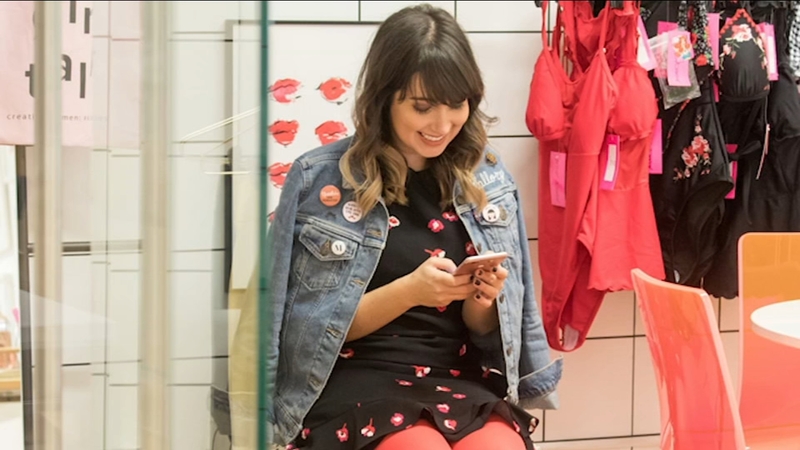 NEW YORK (WABC) -- As we celebrate Women's History Month this March, one native New Yorker who graduated from NYU a decade ago embraced the future and started finding ways to promote her company using social media.

Mallory Blair was ahead of her time, and given the pace of change, staying ahead of the curve is a full time job. And her company, Small Girls PR, embraces that challenge.

The firm acts as a bridge between corporate America and the brave new world of the internet.

"We came up with the name Small Girls PR because even though PR is a female dominated industry, it's typically male at the top," she said.

RELATED | What is Women's History Month, and why do we celebrate it?
b
EMBED More News Videos

They've hired men to do work at Small Girls PR, but it was founded by females -- and the future CEO got her start at the age of 9 by writing to the late Leona Helmsley to convince her to light up the Empire State Building with blue and white spotlights for Hanukkah.

"That was my first media blitz," she said.

The holiday tradition has continued ever since.

While in college, Blair watched YouTube early in its development and started filming herself. Her walk through a thrift store to try on outfits led to a bit of a buzz online -- and a bright idea.

"I had never heard the term PR," she said. "But I Googled around and found it and thought, this is the future of PR."

An online stunt sold a lot of prom dresses after she live blogged about trying to find the right one. She laughs about that now.

"When we first started, we were really throwing things against the wall to see what stuck," she said.

Brands have long aimed for the stars to reach young people, and when Madewell wanted to do just that, they turned to Small Girls PR. The result was a campaign featuring Issa Rae.

Vice President of Strategy Jasmine Teer says that social media is everything.

"Eyeballs are everywhere," she said. "So to really kind of cut through the noise, you have to think outside the box a little bit."

Crystal Cranmore says wrestling is booming in New Jersey, but until recently, there were barriers to the sport.

"Social media has definitely led to more diversity in marketing," she said. "I think it's because it just created more access, and it's created more conversation and dialogue."

Today, the staff is more experienced but retains a youthful flair.

"In a lot of ways, we were the consumers they were trying to reach," Teer said.

They are the sort of people who stay ahead of a curve that's always in motion.

The pandemic brought on the rise of new platforms like Clubhouse, which is by invitation only and resembles a conference call, while Houseparty is an app that features group video chats.

There are more, and it's tough to keep them all straight; but Blair, Teer and the rest of Small Girls PR are there to keep you current with all of them.