Those affected by 9/11-related illnesses honored with memorial 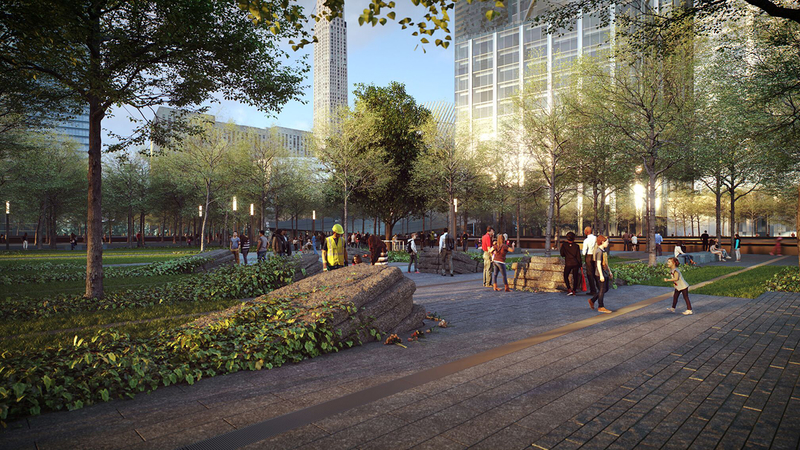 Those affected by 9/11-related illnesses honored with memorial

LOWER MANHATTAN, New York (WABC) -- The 9/11 Memorial and Museum in Lower Manhattan is designating a pathway to honor those affected by 9/11-related illnesses.

The pathway, called the 9/11 Memorial Glade, will be flanked by six stone monoliths that were installed Saturday.

The stones, weighing 13 to 17 tons each, point skyward to symbolize strength and determination through adversity.

Recovered World Trade Center steel was melted down and formed to fit the fissures that were carved into the monoliths.

An inscription on the monoliths will be revealed when they're dedicated, but based off of feedback from those affected by the crisis, names will not be incorporated into the design.

The glade was created to honor those who are sick or who have died from 9/11 related illnesses caused by exposure to toxins in the aftermath of the 9/11 attacks. It will also recognize the courage, selflessness, and perseverance of those involved in rescue and recovery efforts.

The Center for Disease Control indicated that 93,028 survivors and responders have enrolled in the World Trade Center Health Program, which provides screenings, medical monitoring, and treatment in response to 9/11 illnesses.

The Memorial Glade is set to be dedicated on May 30.