US births reach lowest in 3 decades despite improving economy 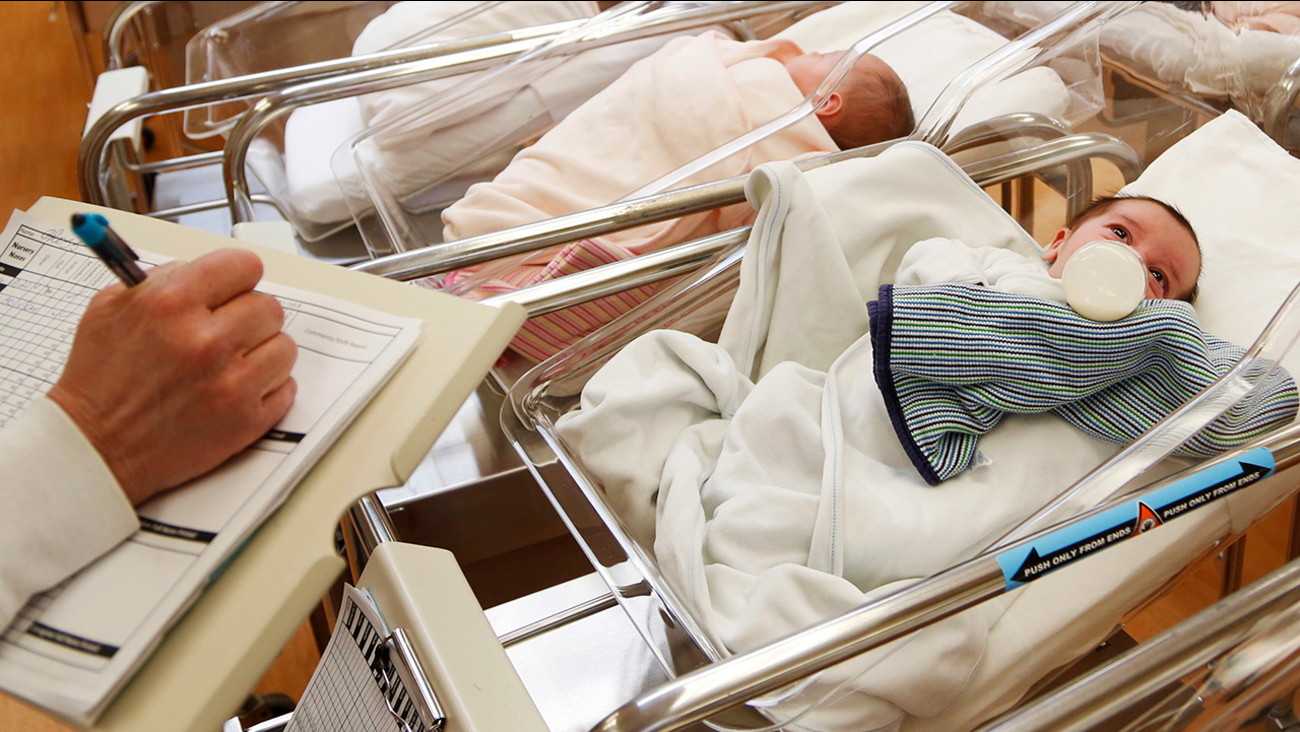 The provisional report, released Wednesday and based on more than 99% of U.S. birth records, found 3.788 million births last year. It was the fourth year the number of births has fallen, the lowest since 1986 and a surprise to some experts given the improving economy.

The fertility rate of 1.7 births per U.S. woman also fell 2%, meaning the current generation isn't making enough babies to replace itself. The fertility rate is a hypothetical estimate based on lifetime projections of age-specific birth rates.

Whether more U.S. women are postponing motherhood or forgoing it entirely isn't yet clear.

If trends continue, experts said, the U.S. can expect labor shortages including in elder care when aging baby boomers need the most support.

"I keep expecting to see the birth rates go up and then they don't," said demographer Kenneth M. Johnson of University of New Hampshire's Carsey School of Public Policy.

He estimates 5.7 million babies would have been born in the past decade if fertility rates hadn't fallen from pre-recession levels.

"That's a lot of empty kindergarten rooms," said Johnson, who wasn't involved in the report.

Other experts are not concerned, predicting today's young women will catch up with childbearing later in their lives. The only two groups with slightly higher birth rates in 2018 were women in their late 30s and those in their early 40s.

"Our fertility rates are still quite high for a wealthy nation," said Caroline Sten Hartnett, a demographer at the University of South Carolina.

American women are starting families sooner than most other developed nations, according to other research . Other countries are seeing similar declines in birth rates.

Young Americans still want to have children, but they don't feel stable enough to have them yet, said Karen Benjamin Guzzo, who studies families at Bowling Green State University in Ohio.

The U.S. could do more to encourage childbearing with parental leave, preschool expansion and child care subsidies and other policies aimed at helping young adults struggling with student loan debt and housing costs, Guzzo said.

Brandy Loshaw, 39, of Webster, New York, said despite a stable career as a dental hygienist "I would never be able to afford the added expense of a child and live comfortably." She said she is grateful she "can never remember a time in my life that I wanted children."

Pollution and climate change worry her. "I would hate to bring a child into a world that could fall apart around them," Loshaw said.

Births were down across racial groups, with small declines for Hispanics, whites, blacks and Asians. The number of babies born to native Hawaiian and Pacific Islanders was stable.

The Centers for Disease Control and Prevention report also found:

-The rate for premature births - delivery at less than 37 weeks - rose for the fourth straight year to just over 10%, from 9.9%.